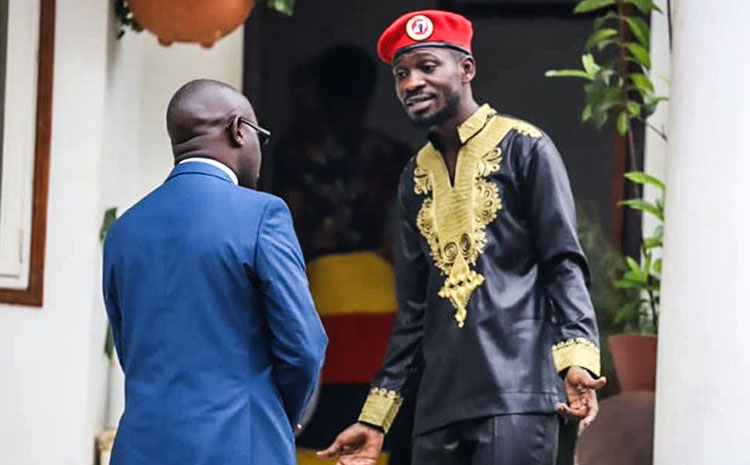 Just moments after the National Unity Platform party presidential candidate Kyagulanyi Ssentamu Robert aka Bobi Wine rallied his supporters to scrutinise the Naguru based NBS Television over its role in the just concluded presidential polls, this reporter has learnt that CEO Kin Kariisa has succumbed to pressure and called for round table negotiations with the NUP leader.

From 1,630,037 followers to 1,628,035, NBS has lost about 2,000 followers in just one hour when the boycott was sanctioned. NUP supporters have unanimously resolved to unfollow the NBS TV Facebook and Twitter handles and also unsubscribe on the YouTube channel.

NUP which is known for its immense social media base is likely to bring NBS to its knees if the boycott persists. This is perhaps what has inspired the NBS CEO and its chief editor, Dalton Kaweesa to issue a phone call to Kamwokya in pursuit of how the matter can be resolved before it worsens. This is not the first time that NBS and NUP supporters are clashing as this dates back to the 2019 controversial investigative reporting conducted by Canary Mugume on the unclear circumstances that led to the death of Michael Arinda alias Ziggy Wine who was a renowned People Power supporter and Firebase crew member.