Minister Nabakooba: NUP planning to cause mayhem in early February 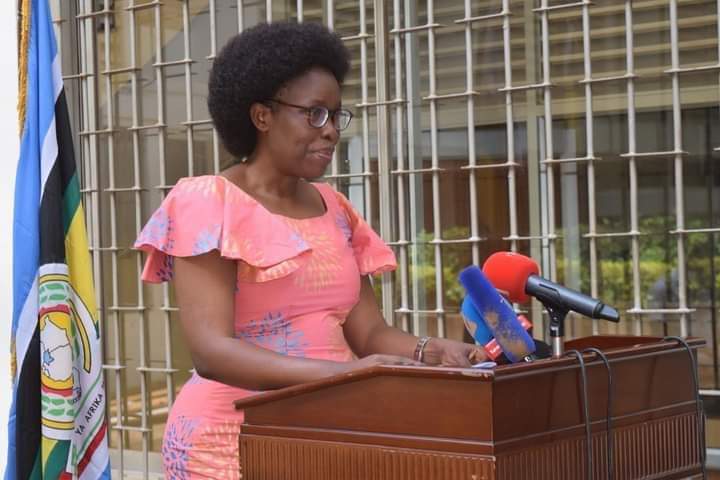 The Minister for information and National guidance, Judith Nabakooba says she has reliably learnt that the supporters of the National Unity Platform party presidential candidate Kyagulanyi Ssentamu Robert aka Bobi Wine are still planning to conduct defiance in protest of the results announced by the Electoral Commission last month.

Nabakooba who is still nursing the pain of losing grip on the Mityana woman MP slot which she has just served for only one term till voters sent her to early retirement in favour of NUP’s Joyce Bagala says the security has been put on red alert and will expeditiousl deal with anyone who plans to cause mayhem.

“We have received information that there are some people planning to cause chaos between the 3rd and 7th February 2021. They are moving around spreading harmful propaganda that the country will shut down during those days. They are intimidating taxi drivers and the public against being on the road and places of work during those days,” Nabakooba revealed in a Sunday presser. “I call upon anyone to disassociate themselves from this evil plan. The country is safe and security will work fast to arrest anyone planning to create chaos” Nabakooba added. She also revealed that government is to effective this month trim the number of people attending court ahead of the NUP party petition slated to be filed today at the supreme court. This she reveals is not only a security measure but also a covid guideline.