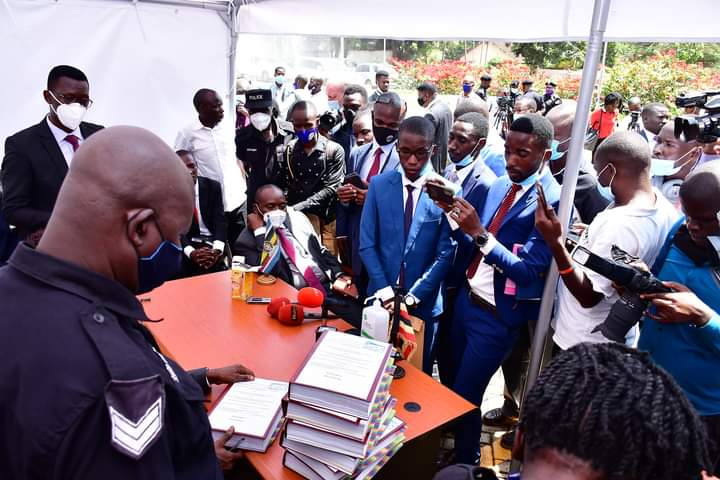 The National Unity Platform party says they are ready and willing to work with other change seeking forces that would wish to genuinely join the election petition case.

Addressing journalists this Tuesday morning at Magere, Wakiso district, the NUP leader Kyagulanyi Ssentamu Robert aka Bobi Wine gave a glimpse into the case and reiterated that the party will work with other change seeking forces in the ongoing suit which was filed on Monday.

The NUP Secretary general David Lewis Rubongoya says they are already receiving Declaration Forms from sister opposition parties. “As you all know, our offices were seized immediately after the end of the elections. All our material and documents including declaration forms could have been collected by security forces who are against our court case,” Lewis says. “But we are happy to inform you that our comrades from other parties are sharing with us their DR forms which we we will rely on as affidavits,” he adds.

On Monday, the Alliance for National Transformation party during its weekly presser revealed that it was to join the NUP party petition challenging the legitimacy of Museveni’s victory in the just concluded polls where he garnered 58% as per the results issued by the Electoral Commission. Similarly, the opposition Forum for Democratic Change party  through its spokesperson Hon. Ibrahim Ssemujju Nganda said much as they are not going to court, they will support NUP throughout the process. “Like we said, we will not go to court because the outcome is predictable,” Nganda said. “We however wish our colleagues in NUP the best and we will feed them with evidence and support through the court process,” he added.