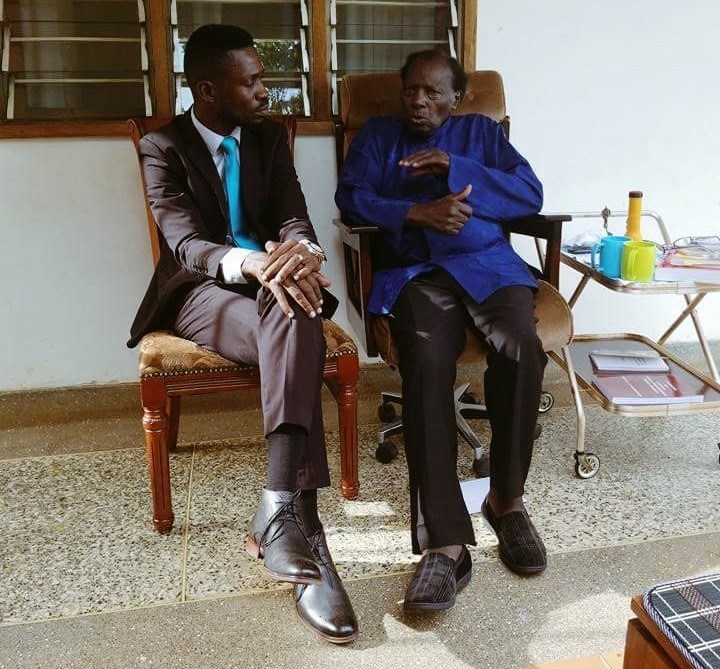 The former Supreme Court judge George William Kanyeihamba has revived hopes in the doubtful Ugandans saying that the current panel on the Supreme Court can make history by nullifying the re-election of President Yoweri Museveni which his opponent Robert Kyagulanyi claims was full of irregularities.

Prof. Kanyeihamba was in 2006 one of the three supreme court justices who ruled that the election of president Museveni was fraudulent enough to be nullified.
According to the former judge, he has trust in the current Chief Justice Alfonso Owiny Dollo and hopes that this time’s ruling may be different from the previous ones.
“I’m glad that Kyagulanyi went to court because the security agents did a lot of violence on the behalf of the ruling party NRM, therefore it will be the court now to decide what was wrong and what was right. I have hope in this court, they might be divided as well but they might say that the election was not free and fair. I also expect some serious changes in their ruling because this is a different court not like the other one of the former Chief Justice who said that removing the age limit was important,” Prof Kanyeihamba said while on CBS FM on Tuesday.

Kyagulanyi delivered his petition on February, 1 to the supreme court where he raised a heap of concerns challenging the just concluded general elections that awarded Museveni a sixth term after garnering 58% of the vote. In the petition, the NUP party seeks to overhaul the polls and wants court to direct a rerun without Museveni on the ballot.