Museveni may go before swearing in, EU give Bobi Wine assurance 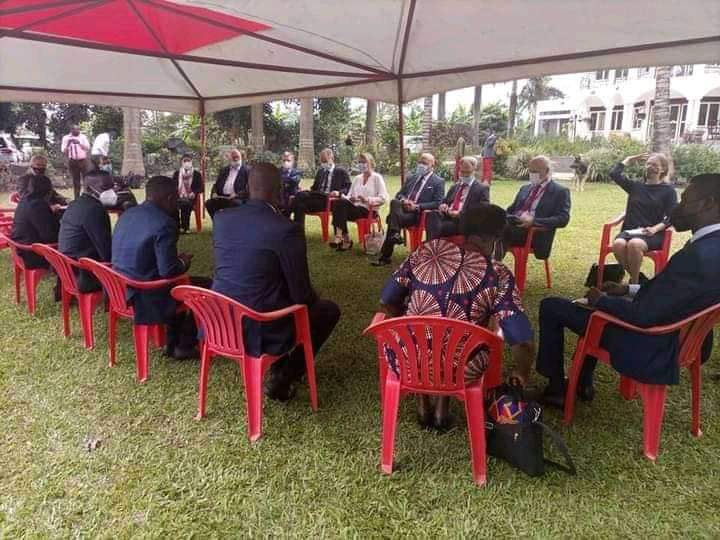 Kyagulanyi backers want Museveni out before end of year. If stress was a person, then it is the Museveni of 2021. It is clear that foreigners have barbed fenced Mr Museveni to see that his time as president of Uganda comes to an end.

According to Mr. Wilson (not real names) who works for the US Department of state which leads American foreign policy, he says that Museveni has lost popularity among the citizens and his increased violation of human rights cannot be left untouched.

Uganda has just come out one of the most shameful elections in the country with many AID givers condemning the bad acts of arresting political opponents, killings and vote rigging.

Robert Kyagulanyi the NUP President has since joining Politics gained the trust of foreigners to replace President Museveni. According to inside sources within foreign backers, Kyagulanyi has been told to be patient till Museveni finishes off his term in May but assured that before end of year, he may be swearing in as the 10th President of Uganda.

For the first time in Uganda’s history, Museveni has failed to recieve congratulatory messages from most of the big world Powers with many punching holes in his victory in the 2021 polls.

Most countries have reduced the amount of foreign AID they pass over to Uganda forcing the Government to resort to loans especially from the far East (China). It has been Clear that Uganda’s economy has been depending mainly on foreign AID and as its shortage has become crystal clear, the massive borrowing has worried many economists who say that the big public debt may throw the country into a situation that will be regretable.