US based activist granted Ugandan citizenship over role in exposing brutality 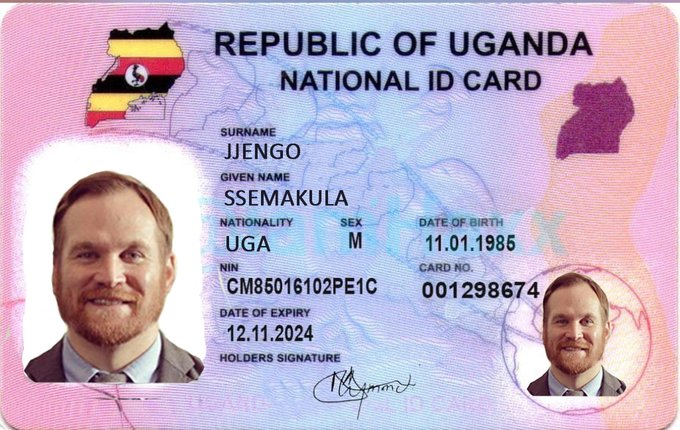 Ugandans on Twitter (UOT) have gifted American Activist and founding Director Vanguard.com Jeffery Smith with a stunning National Identity Card for his tremendous role in discrediting MTV for attempting to sanitise the situation in Uganda with a music concert.(Mama awards).

Uganda is experiencing a series of abductions, torture of politicians with divergent oppinions and gross suffocation of dissenting voices by shutting down social media platforms and amidst the criticism of the fradulent election of 14th January.

Jeffrey Smith has been vocal in exposing the wrath of dictatorship in the Ugandan territory. In his tweets, Smith is highly critical of the 35 year gun rule imposed by one of Africa’s remaining despots, Gen. Yoweri Tibuhaburwa Museveni who ascended to power in 1986 through a 5 year guerrilla war that left over half a million people killed.