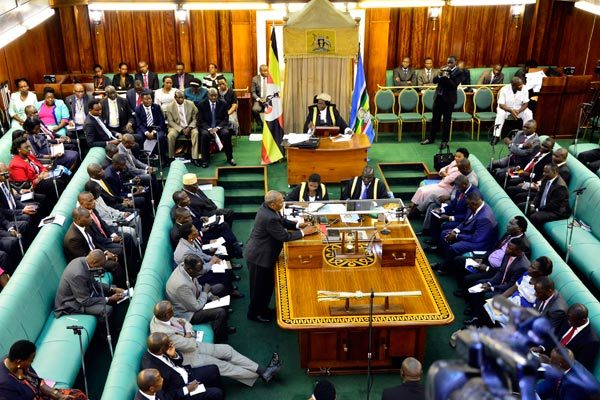 Over the weekend, an infographic analysis of the structural set up of parliament projects that the Western region of Uganda has a big hand in both the outgoing tenth and incoming eleventh parliament.

This results from two underlying factors mainly the fact that the incumbent president Yoweri Tibuhaburwa Museveni hails from that region and also the ongoing gerrymandering whereby the state out of patronage crafts constituencies to be led by the NRM party cadres who may miss out juicy cabinet and government slots.

The parliament share shows that the western region leads with 270 legislators of municipality and constituency level followed by central which has a big population of people but represented by only 91 MPs. The Northern region follows with 84 MPs while the Eastern is the last with 81 Members of parliament.

Counsel Eron Kiiza in his analysis seeks explanation and justifications from the sitting government to explain how and why one region dominates the rest in the National cake share.

“Government should be accountable, transparent and democratic.

The people of Uganda deserve to be told in simple ways the formula for creation of constituencies.

Tell Ugandans why one region(Western region) at 129 MPS has more than the region with the most people and the biggest chunk of the country’s economy(central region) – 105 MPS. 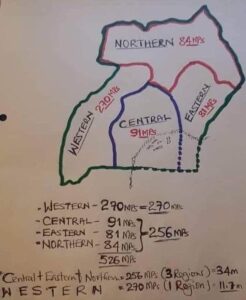