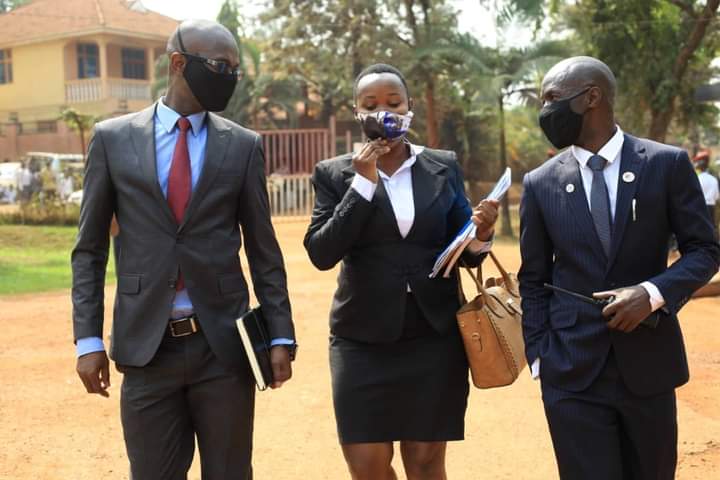 The National Unity Platform party has this morning unleashed its legal team to secure the bail application hearing of the detained suspects who are facing off with the court martial on trumped charges of possession of firearms.

The legal team is led by the Kampala woman MP elect Shamim Malende who is accompanied by the NUP vice president Dr. Lina Zedriga Waru and the secretary general David Lewis Rubongoya.

Eddie Mutwe, Nubian Li and others were arrested in December in Kalangala where presidential candidate Kyagulanyi Ssentamu Robert aka Bobi Wine had gone for his campaign trail. They were since arrested and charged with flouting covid guidelines before they could get temporary at the Masaka high court. They were later abducted by military just moments after they had got bail and paraded before the Makindye court martial which remanded them on spot.

Eddie Mutwe and the rest have spent over 40 days in custody with their rights persistently violated by the prisons authorities. Nubian and Eddie had their hair forcefully shaved off by the prison warders. In the previous trial, court set this date to make a ruling on the bail application pressed by the NUP lawyer George Musisi. Our reporter follows up closely to divulge further details.