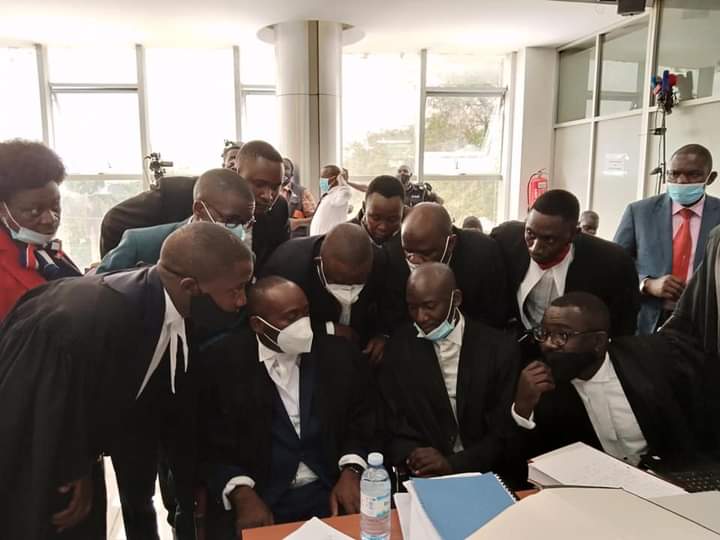 In a few minutes from now, the Supreme Court will commence the pre-hearing session for the election petition filed by the National Unity Platform party presidential candidate Robert Kyagulanyi who is challenging President Yoweri Museveni’s victory in the just-concluded election.

As early as 8am, lawyers from both sides had arrived and took their positions as they wait for judges to arrive for the session to start.
Unlike before, the session will be held in a tent erected outside the Supreme Court building so as to properly observe the Coronavirus guidelines whereas another one has been set a few metres away, to accommodate journalists covering the session.