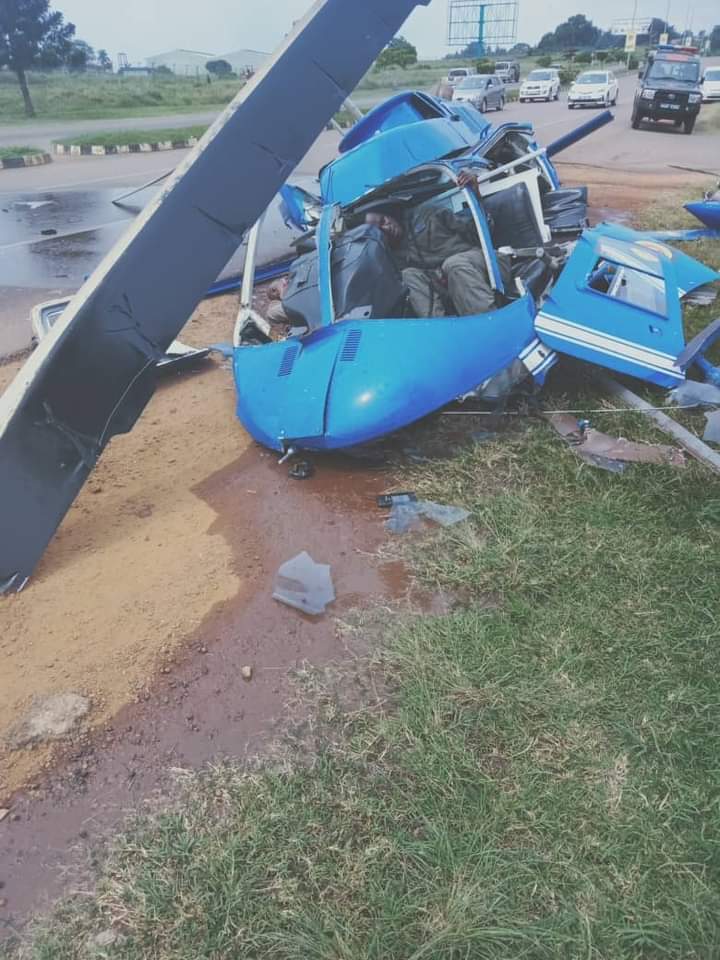 A UPDF chopper that was being flown by learners at the army flying school has crashed in Entebbe near Spenah beach, our sources have established. The Uganda Peoples Defence Forces (UPDF) spokesperson Brig. General Flavia Byekwaso has confirmed that the military helicopter that crashed on Thursday afternoon near Sports beach was being flown by trainees belonging to the air force section UPDAf who were on a training flight.

“Today afternoon at about 2:15pm a jet ranger piloted by two cadet trainees on a mutual training flight came down immediately after take off near Lido beach. The two were rushed to hospital to ascertain their health. Our aviation team is on ground to investigate the mishap,” Byekwaso posted on her twitter account.

The crash comes days after another helicopter said to belong to the Uganda Peoples Defense Forces crashed in Mogadishu with soldiers on board during operations against Alshabab Militants.