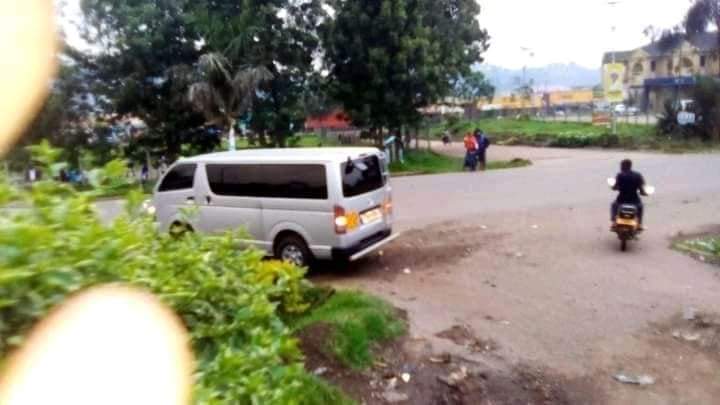 Ainebyona Hebert is from Kyampangala Buremba Kiruhura District in Western Uganda. He is a civil engineer by profession and a People Power/ National Unity Platform party volunteer activist.

He has mobilized for People Power for a period of 3 years in Kiruhura district. He has been freely distributing Kyagulanyi posters and NUP periphernalia. He became a popular figure in Kyampangala and an inspiration to the youths of his age bracket.

On the evening of 5th December last year, Ainebyoona was abducted by 2 men who came driving a silver drone, three other men were waiting from the inside.

He was found playing pool table in the trading center. As soon as he was bundled into the car, he was masked and questioned if he knew Bobi Wine on a personal level, what mission 2021 meant, why was he preaching about about Bobi Wine in Kiruhura an area where Kyagulanyi isn’t born, who were other PP supporters in the area.

He estimates to have been driven for about 10 hrs to an unknown destination. The captors were speaking in English and Luganda with a Kinyankore accent. He was dumped into a room,strapped onto a chair and violently clobbered for all the time he spent in the dungeons. He was denied food as a form of psychological torture to coerce him into spilling the ‘secrets’ of Bobi Wine and NUP. “I was denied food and water for weeks,” Aine told this site. “Flogging was on a daily. Most times I was kept in a dark room and you could not tale whether it was night or day,” he adds.

The Western region districts of Kazo, Kiruhura and Ntungamo among others are considered ‘no go’ areas for the opposition. In fact during a campaign trail in Kiruhura, the birth place of president Museveni, a gang of armed youths charged and protested the presence of Hon. Kyagulanyi who was having a rally in the area.