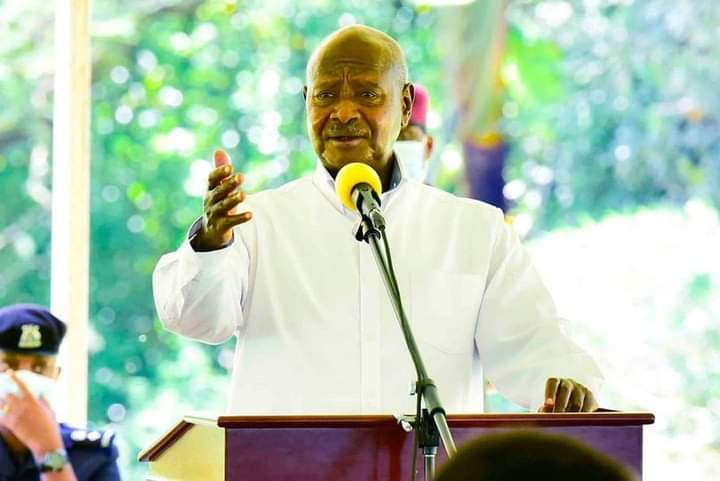 President Yoweri Tibuhaburwa Museveni on Tuesday shocked a crowd convened at State house for the commemoration of the fallen Archbishop Janan Luwum who was brutally executed by Idi Amin government 40 years back.

SEE ALSO: Museveni declares self a ‘better dictator’ than Amin

The president shockingly asked for the whereabouts of Mama Mary Luwum, a woman who died in August 2019. She was the widow to the fallen Archbishop and died aged 93 at the International hospital of Kampala where she was struggling with old age illnesses. Upon her death, Museveni delegated a team to represent him at her burial in Kitgum and he even ensured that she was accorded a state of art burial.

Renowned Ekyooto political analyst, Ms. Patricia Ssewungu in a retaliation statement published on Facebook has fired direct shots at Mr. Tibuhaburwa. She accuses him of having high level dementia to the point that he has even forgotten some of the people who died and he personally facilitated their burials.

“When we tell Tibuhaburwa to step down peacefully, he doesn’t know that we say this for his own psychological good. Due to dementia which is eating up his aged brain cells, he today live on a televised address embarassingly asked for the whereabouts of the deceased Mama Mary Luwum (RIP) forgetting that she had died a couple of years back and her burial was facilitated by himself,” Patricia said in a post published on Facebook.

“This is not the first time the elderly Tibuhaburwa is embarassing himself. Last year during the reshuffle of RDCs, Tibuhaburwa appointed over 5 deceased people to occupy the slots he had awarded to them. Some had died more than 5 years back but Tibuhaburwa’s intelligence had not informed and briefed him. A man like Tibuhaburwa would be peacefully enjoying his pension somewhere at his country home but because of his insatiable greed, he has forcefully imposed himself on people who do not need him in leadership anymore,” another part of her post reads.