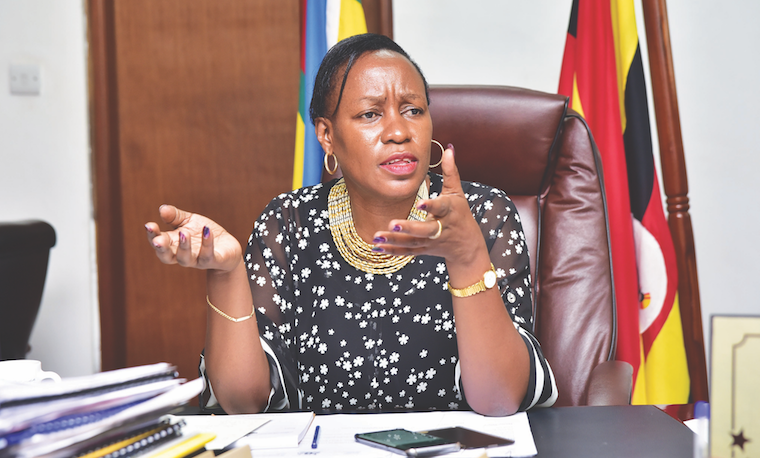 The state Minister for youth and children affairs, Hon. Florence Nakiwala Kiyingi has reportedly fled off to retirement with a mouth watering amount meant to facilitate the rehabilitation of street kids in Kampala and Wakiso districts.

According to multiple reports, the enraged Minister is said to have angrily told the president during a cabinet meeting last week that she was too indebted due to the hefty costs she reportedly incurred during her failed campaign trail.

“Mr. President, with due respect I am not ready to surrender part of my budget,” Nakiwala is quoted to have said. “I have several debts that amassed during the campaigns and you well know that I did not win the elections. Therefore I am not going ro refund this money,” she added.

Minister Nakiwala miserably lost her Bukomansimbi seat to the National Unity Platform party candidate who had the people’s backing. Her loss came days after her criticism of NUP and its leader when she during a campaign trail for the NRM presidential candidate Yoweri Museveni lashed out at Bobi Wine whom she said could not garner any support from Bukomansibi which could not risk backing a ‘drug addict’. The Minister was since humbled by the ballot after the electorate overwhelmingly voted for Bobi Wine and ironically denied to rally behind her for another term. Nakiwala formerly a Democratic Party stalwart switched to the ruling NRM party after being given a ministerial slot.