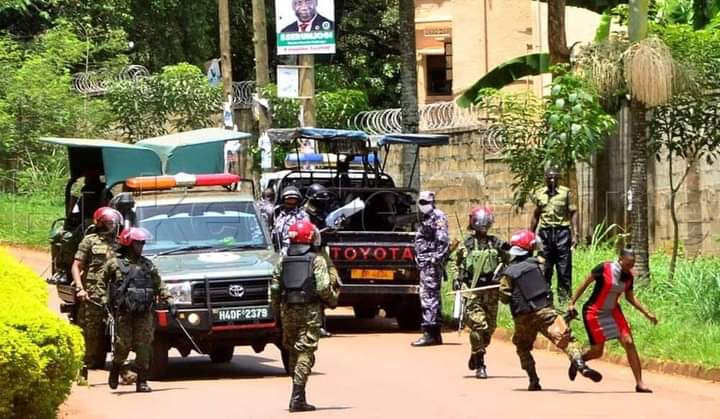 The National Unity Platform party secretary general David Lewis Rubongoya has weighed in on the current state of affairs which show that Uganda has now degenerated into a military junta.

Lewis in a social media post chronologically juxtaposes events where the military has cracked its whip on places and people who are supposed to be having respect in the contemporary Ugandan setting.

Then they defiled Parliament. In 2017, they went into the chamber of Parliament, assaulted members of Parliament and picked them one by one! Many voices condemned the vile act of invading the August House, but those who rule over us instead promised to do it again any day, when they feel unhappy with what’s going on there.

Today, they went for the UN Human Rights Office. We arrived with between 20 to 30 people. They were very peaceful, waiting for the office to be opened so that we enter. Then we saw military police arriving. They marched angrily towards us, and everyone remained firm, knowing that there was no crime being committed. It took a few seconds, the order was one: everyone leave now. There was no room for negotiation. There was no warning. The soldiers simply started beating everything and anything that they could land on.