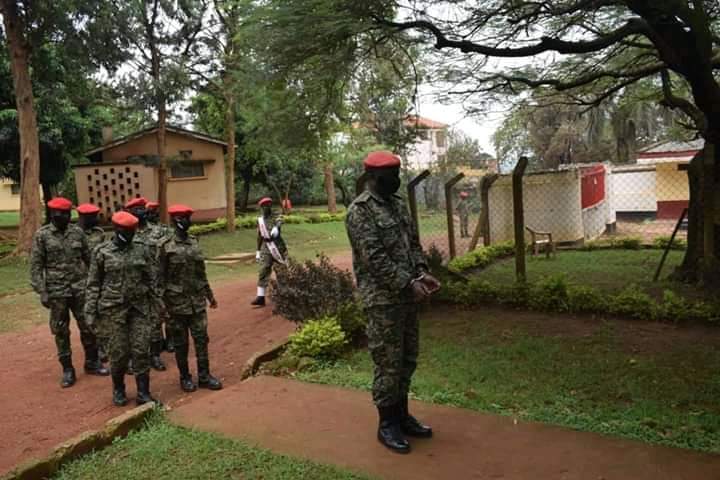 The National Unity Platform party principal Kyagulanyi Ssentamu Robert aka Bobi Wine says soldiers who were paraded to court over the clampdown on journalists were scapegoats covering up for a one Namanya Kyabihende who has a history of violence on opposition supporters.

SEE ALSO: UPDF parades seven to cover up for commander of operation on journalists

He was named in the shooting in the Kasubi tombs on 16th March 2010 which saw three people dead and five injured.

He commanded the military interception on us in Busega on 27th December 2020 as we rushed Ashraf Kasirye to hospital after he was shot on the head during our campaign in Masaka. In Busega, as we pleaded to be allowed to rish Ashraf to hospital, Napoleon and his men, driving a military police truck run over Frank Seneteza and killed him. Some of our comrades were brutally beaten and are still nursing wounds.

He commanded the militarily raid on my campaign team in Kalangala Island on 30th December 2020, an ambush which saw over 100 of our comrades arrested and tortured. Most of them are still languishing in Kitarya prison.

Yesterday, the same man, Namanya commanded the group soldiers who beat up and badly injured journalists and elected leaders and also smashed and vandalised their vehicles at the UN Human Rights office when we had gone to deliver a petition against the ongoing Human Rights violations in Uganda.

Today, when the military paraded soldiers that they claime to have beaten journalists, I did not see Namanya.
This should teach everyone that in Uganda today, some people commit crimes while others pay for the crimes.