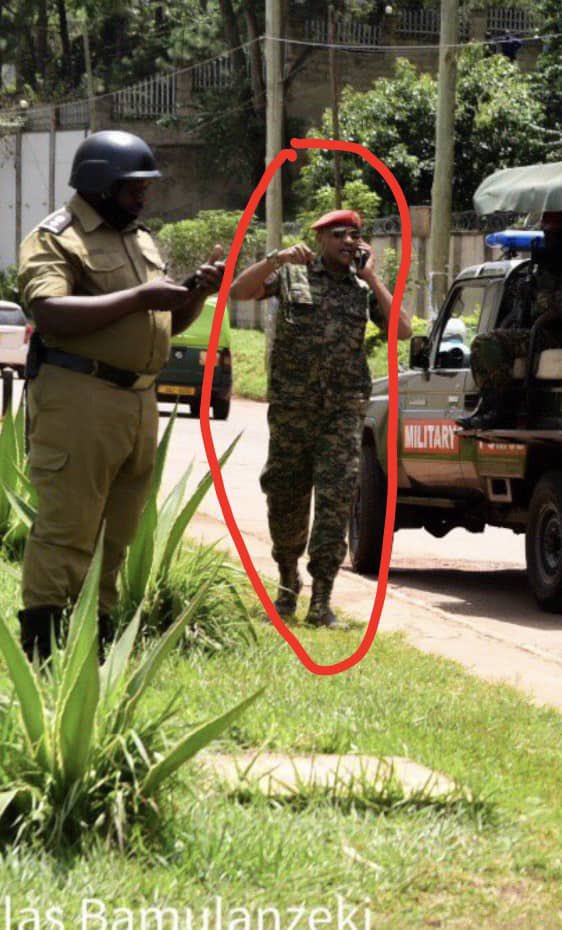 A day after the military police personnel launched a mega crackdown on journalists who were covering the NUP party principal, Robert Kyagulanyi who was delivering a petition to the United Nations Human Commission offices in Kololo, our reporter has finally identified the commander of the operation.

Named Capt. Richard Lubeera, a Muganda by tribe, the 44 year old military officer has a history of violence and notoriety. He was the prime commander of the raid on Makerere University students’ halls of residence. On the night of November, 23 as Makerere students protested the tuition hike, a charged Lubeera ordered his soldiers to indiscriminately batter whoever they would encounter and consequently, young students including the disabled were beaten up from their rooms. Soldiers broke into students’ rooms in the halls of Lumumba and Mitchell and instituted thorough beatings and collateral destruction of the students’ belongings.

Despite the condemnation of the raid on students, Capt. Lubeera was never charged but rather recalled to a brief leave to Makindye military barracks where he kept a low profile till the case disappeared in thin air. Sources say the government wanted Lubeera’s name ti first disappear in the news before he would be added more assignments.

Barely 2 years since the raid on Makerere, Capt. Lubeera has again resurfaced in the headlines this time round clobbering journalists at the premises of the UNHRC offices, a place one would least expect such violent behaviour to ensue.