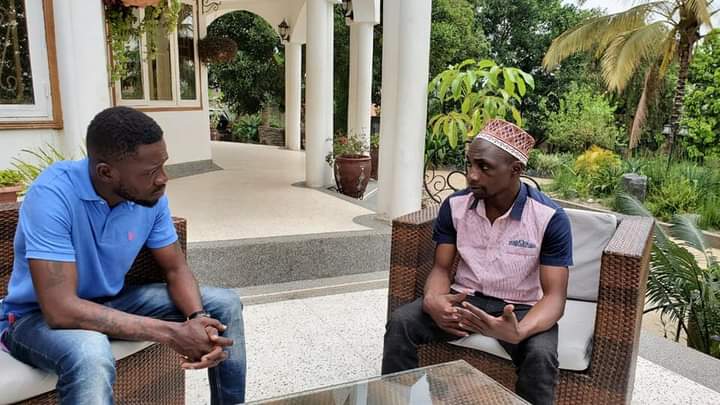 On 20th January, 2021, Kagimu Umar Jim was violently arrested from his workplace on Nasser Road. Heavily armed men in military fatigue and others in plain clothes raided his workplace and confiscated everything he had, including over 5000 DR forms which had been delivered to him from our Secretariat to make photocopies, as well as his computers.

Upon arrest, he speaks of how he was blind folded and taken into a Drone and the beatings started. He was beaten all the way and delivered to Mbuya CMI military facility where he was stripped naked and another round of torture started. Cold water was powered on him, and he was forced to roll on the ground several times as he was forced to make loud pronouncements denouncing People Power and Bobi Wine! His pleas that he is only a businessman who simply does stationery work for us went unheeded. At night, they took him to a dungeon where he found other comrades, some of whom had spent there months. He speaks of how he was subjected to horrendous torture all through.

They asked him questions such as who finds us, who he works with, etc. When he told them the truth that he knew nothing, they invited him to some advanced form of torture, to extract information from him. He was electrocuted through the feet and hands! A few days later, he was invited to the office of a senior army officer, who advised him to stop working with us for his own good! “Those people are there enjoying while you are here suffering”, the man told him.

Since he was in a dark dungeon for all this time, he even lost count of the days! He confirms what our other comrades have been telling us, that there are hundreds of our people, some of whom are shot and left to rot!

He remembers that after several days there, he was invited and arraigned before ‘a court’ with only soldiers present. They gave him a red beret to put on and took pictures of him raising a fist! Then, they read the charge of wearing military attire to him and asked him yo please to the charge! During this time, all of us, including his family members did not know where he was. Our lawyers tried in vain to locate him. He was then sent to Makindye military barracks, where he spent the rest of the days on hard labor.

Yesterday he was taken to another military court in Kakiri and released on bail, after our lawyers put in a habeas corpus application in the High Court!

Gen. Museveni must remember that the dictators of the past cimmitted all these atrocities in an attempt to keep in power. It is just unfortunate that they never learn.

Welcome back bro. We thank God that you made it through alive.