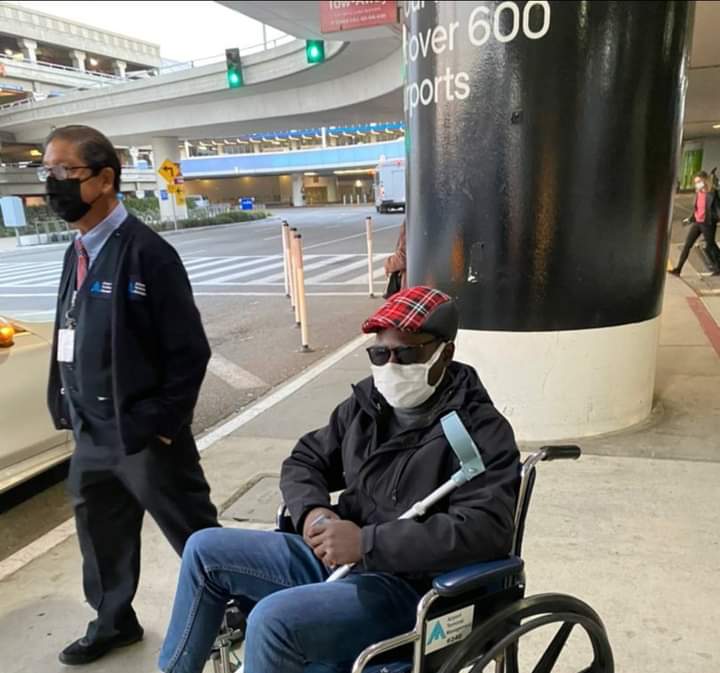 The embattled Mityana municipality legislator Zaake Francis Butebi has flown to the United States for further medical examination, our sources have learnt.

This has been confirmed in a statement published on his official social media page where he announced that he had left Uganda to seek proper management abroad.

“Arrived well in the United States of America for specialized treatment of my paralyzed legs and the back plus solving the issue for the fear of light in my eyes as advised by my physician. I pray that the US doctors carry out the treatment therapy fruitfully so that I get back to perfect shape again!,” the legislator wrote.

Despite being a victim of regime brutality, Zaake’s medical bills are being catered for by himself from his own parliament salary. The legislator says he remains in agony of bodily pains he sustained from the enraged military police personnel who thumped him on January 15 as he headed to Magere to see Hon. Kyagulanyi who was under house arrest. “I still feel the pain but I have nothing to do about it. That is the price we pay to have a free Uganda,” Zaake told this reporter. “We are in a total dictatorship where we cannot freely express ourselves. Ugandans are in total captivity,” he adds.