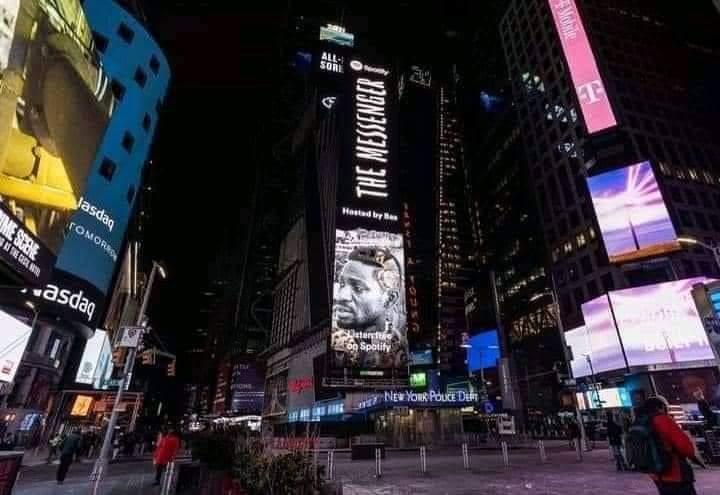 The National Unity  Platform party president, Hon. Kyagulanyi Ssentamu Robert aka Bobi Wine has yet again set his own record of being the first Ugandan politicial icon to feature on The Times square building in New York city.

Bobi Wine, a born and groomed of the Kampala low income slums appeared on Friday on the New York’s leading Times Square billboard for the first time in life. He becomes the second Ugandan to appear on this very billboard after the Big Talent Entertainment CEO Edrisa Musuuza who was featured on 25th September 2020 when he (Eddy Kenzo) appeared on the same billboard as he alerted his fans about his coming mega hit ‘Missounua’ featuring Monique Séka

He was also recently ranked amongst  Africa’s most influential 100 figures. Wine is apparently grappling with a 76 year old military Junta leader, Gen. Yoweri Tibuhaburwa Museveni who came to power in 1986 when the young popstar was just aged 4 years. Wine wades through all sorts of regime sanctioned violence, arrests, surveillance and direct confrontation from regime loyalists but he remains firmly rooted to his mission of endinf turanny in the land locked East African nation.