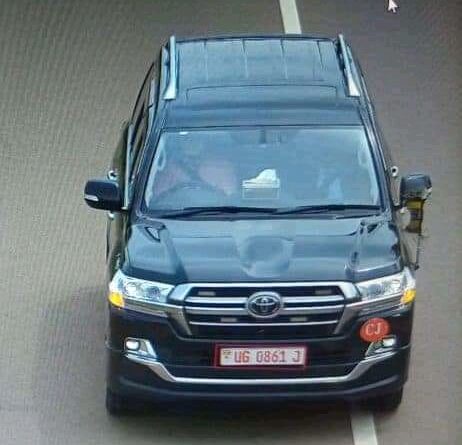 Police in Kampala have arrested a police officer known as John Endyango who is attached to the CCTV office in Entebbe.

SEE ALSO: Dollo: Proceed with plan B if you don’t trust court

The reason for his arrest is allegedly in connection with the leaked CCTV videos and photos of a recent secret meeting between the heads of the Judiciary led by Chief justice Alfonse Owiny Dollo and President Tibuhaburwa Museveni.

The Principal Judge, Deputy Chief Justice and the Chief Justice a few days ago met President Museveni at State House Entebbe in a high profile meeting that was not even discussed in the mainstrean media.

Whereas the details of the meeting have not been divulged, Endyango is said to have released a video of the top judicial officers vehicles leaving state house which left many Ugandans concluding that they were compromised by the head of state to manipulate the Bobi Wine election petition case.

Chief Justice Owiny-Dollo is among thee nine Justices of the Supreme Court hearing the Kyagulanyi Presidential Petition. His personal links to Museveni date back to 2006 when he offered himself as an attorney to defend him in the election petition case filed by former FDC presidential candidate Rtd. Col.  Dr. Kizza Besigye.

Another source in the Special Forces told this website that the officer must account for leaking information that compromises National Security.