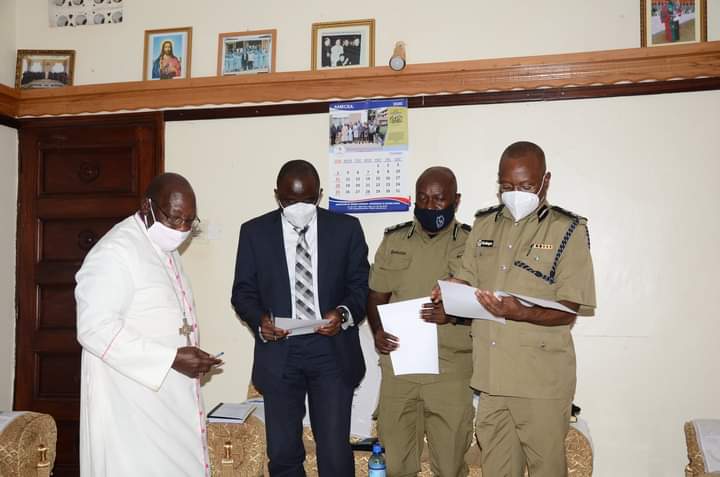 On January 20, a few days into the elections aftermath, renowned outspoken retired Masaka Archbishop John Baptist Kaggwa who had just survived a confrontational attack spearheaded by the then Mityana DPC Alex Mwiine breathed his last. His death alone left many Ugandans contemplating about how a person who was healthy a few weeks to the polls had to die mysteriously.

Circumstances under which a healthy outspoken regime critic died remain scanty but reliable sources link his demise to that of slain Bishop Janan Luwum who was murdered by the ruthless Ugandan dictator Idi Amin Dada over 40 years ago. The only difference is that the mode of assassination where in Luwum’s case the regime executed him overtly while the fallen Kaggwa was covertly killed.

According to family sources, Bishop Kaggwa’s health deteriorated moments after he was given a face mask delivered by the police political commissar Asan Kasingye. It is from then that the Bishop’s health started deteriorating and he complained of health complications which he never had before. “We don’t know whether he sourced his ill health from that engagement with the police team,” a relative intimates. “You see, in this government anything is possible. We cannot rule out that he could have been smartly assassinated. We’ve seen this happen before. People are laced with poison administered through things and items we take lightly,” he adds.

His family members believe the face mask which was delivered by ASP Kasingye could have been laced with poison something that the police has consistently refuted and dispelled.