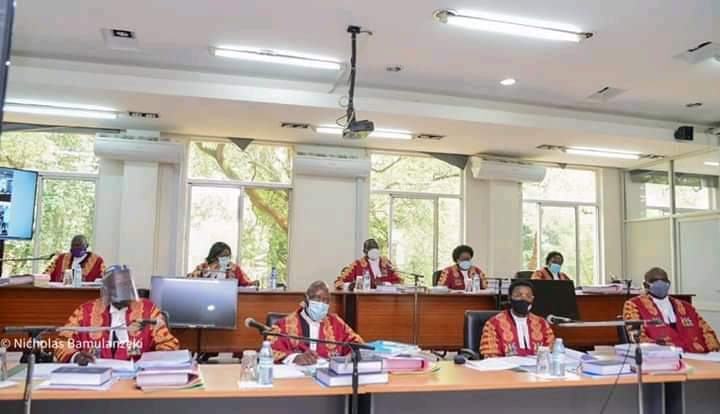 The National Unity Platform party president Kyagulanyi Ssentamu Robert aka Bobi Wine has this Monday morning said he is to withdraw the election petition case challenging the victory of president Yoweri Tibuhaburwa Museveni.

In a media briefing at his residence in Magere, Bobi Wine told journalists that he had realised that the court presided over by the Chief Justice Alfonse Owiny Dollo was not going to give a transparent verdict given the nature of his conduct in the proceedings.

Kyagulanyi also noticed that the high court was planning to slap on him a whooping fee for compensating both the Electoral Commission and candidate Tibuhaburwa and yet the party is still struggling with funding. Credible sources say the NUP leader discussed the decision with his lawyers of Lukwago and Company advocates over the weekend and they all unanimously resolved to withdraw the case citing over 25 reasons mainly hinged on the conduct and bias of the judges in the case.

Renowned lawyer Peter Walubiri has backed the decision saying Kyagulanyi has taken the right path. “His withdrawal means the NUP party and Ugandans at large have no trust in the courts,” he says. “The way court has been conducting itself shows it was not to give a fair judgement. Past courts allowed the complainants to file for affidavits but this time round judges appeared biased on NUP,” he adds.

NRM lawyer Peter Kihiika says they are to press for damages incurred by their client in this time they have been attending court sessions. “We told Bobi Wine to be careful because all this has implications,” he says. “He will have to compensate the Electoral Commission and the NRM party,” he adds.