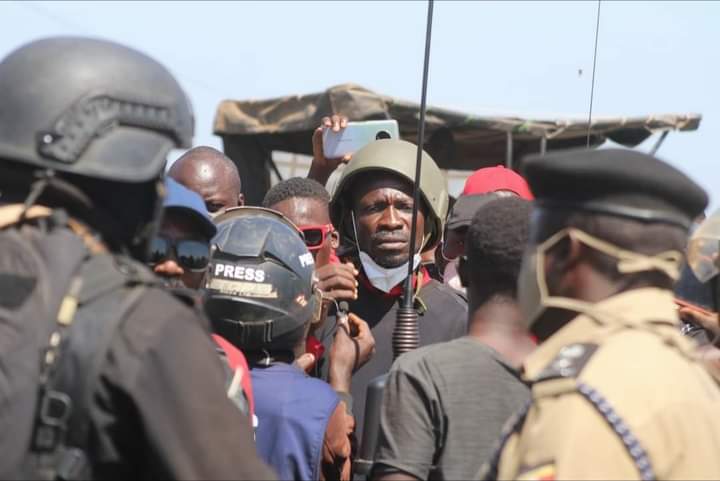 Just hours after the National Unity Platform party president Kyagulanyi Ssentamu Robert aka Bobi Wine announced that he was withdrawing the election petition case from the supreme court, the military have deployed war tanks around the streets of Kamwokya where the party headquarters are located.

Heavily armed soldiers are littered along Kiira road, Kamwokya in what appears to be state sanctioned intimidation to scare away citizens from mobilizing to challenge the outcome of the 2021 general elections that saw the incumbent Yoweri president Museveni emerge victor in an election mired with irregularities.

The entire streets of Kampala have been littered with armed forces as government anticipates a tense political crisis that may arise out of Kyagulanyi’s decision to withdraw his case.

“They are doing all this to kill our spirit,” one local street vendor in Kamwokya reacts as military armoured vehicles patrol the street. “They don’t want us to challenge their sham election. But we don’t know why they are doing all this. Why would you deploy soldiers on our working place. How shall we get clients for our businesses?,” wonders another retail shop operator.