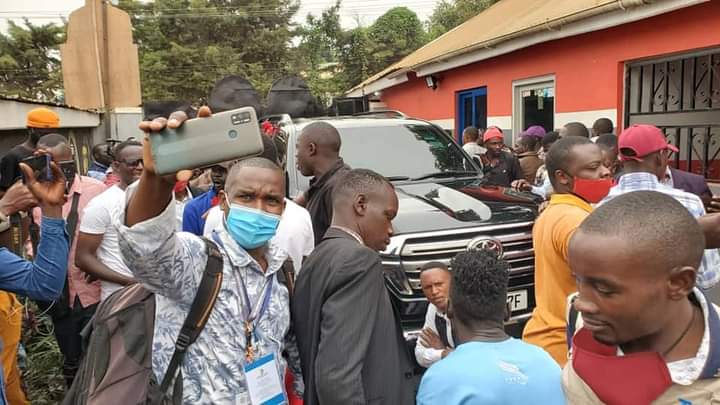 Supporters of the National Unity Platform party have spent the biggest fraction of their Monday morning and afternoon in a merry making fete in which they were ushering in the newly acquired brand new V8 armoured Landcruiser belonging to their leader, Kyagulanyi Ssentamu Robert aka Bobi Wine. A bash to welcome the brand new armoured wagon was thrown by NUP supporters who were jubilant about the steps taken to secure the life of their leader who remains under security threat.

In the partying, NUP supporters commended all Ugandans especially those in the diaspora community who contributed to the vehicle. “Our president survived several assassination attempts during the campaign,” Mugalu, a NUP supporter says. “His safety is our concern and priority. He offered himself as a sacrificial lamb and has paid a heavy price for indulging in the liberation struggle,” another NUP member adds.

By the time we filed this report, the vehicle was launching a debut drive around the streets of Kamwokya. Hon. Kyagulanyi commended the people for showing their support and love for him since he shot into the deadly politics of this country.