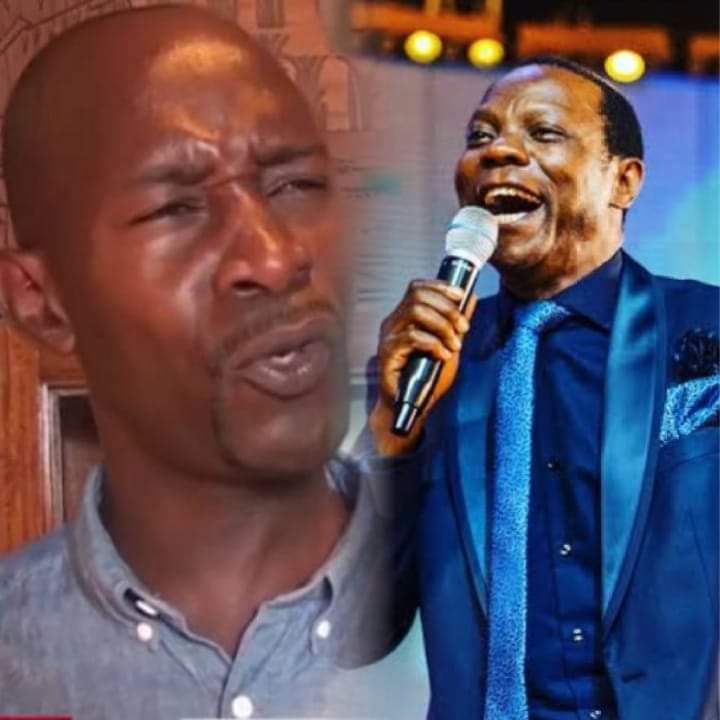 “Go start your own radio station if you want to abuse Museveni,” Pastor Jackson Ssenyonga roars at Nakaseke legislator Hon Luttamaguzi Semakula Pk as he orders him out of the top radio studios.

SEE ALSO: Dollo to Bobi: I will not bow out of your case

There is a boiling row between the renowned outspoken Nakaseke South legislator Hon Lutta and Top radio owner and proprietor, Pastor Jackson Ssenyonga. This follows Ssenyonga’s directive of a media ban for Luttamaguzi on the air waves of Top Radio studios. Close sources say Ssenyonga is not happy with Lutta for allegedly demonizing President Yoweri Kaguta Museveni in the talk shows.

Senyonga went as far as directing the talk show host, a one Lubwama, to immediately end the program and ordering Lutamaguzi out of the studio. The outspoken Nakaseke MP was advised by Senyonga to go save some money and start his own radio where he can specialize at demonizing the President.

Hom Luttamaguzi kept his cool and humbly matched out of the top radio studios.

Pastor Ssenyonga later said that it is not inorder for people to come on air to start abusing and insulting a head of state. Ssenyonga adds that he won’t allow such people to ever step in his radio and tv studios because he believes that if two people are disagreeing, there is a better way to solve their grievances than abusing or insulting each other in public.

“He is a Honourable member but he acts like a hooligan. What kind of people is he representing in parliament?,” Ssenyonga fumed. “I can’t allow such rubbish on my radio. Let him start his own and abuse the president.” Ssenyonga added.