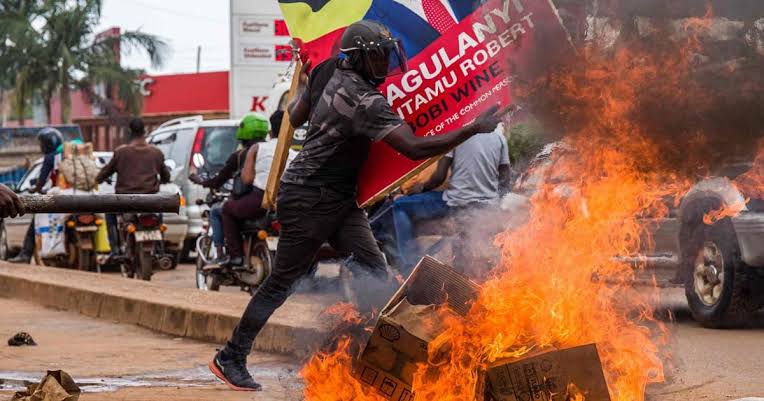 The United States department of state has drawn interests in the just concluded Ugandan general elections where the incumbent president Yoweri Tibuhaburwa Museveni awarded himself a sixth term amid protests from the Ugandan electorate.

“Uganda’s January 14 elections were marred by irregularities and abuses by the government’s security services against opposition candidates and members of the civil society. We strongly urge independent, credible, impartial and thorough investigations into these incidents,” the US department of state noted. “Many or the same people responsible for AMISOM were responsible for political violence. We can pursue our interests and values at the same time have them sanctioned for their atrocities,” the department of state added.

The caution comes at a time when the Museveni regime is struggling to rebrand its already tainted foreign image. Apparently, Ugandans have thronged the Twitter handle of the US department of state where the video clip of one of the senate members reading the resolutions was shared. Most Ugandans are urging the US government under the newly elected Joe Biden to consider taking action on Mr. Museveni. “This gives us hope as oppressed Ugandans who are facing injustice everyday. Yes, actions against dictator Museveni is the only option which can bring justice to us his victims of repression,” a Ugandan tweep says in the thread. “Thank you @USAGov for recognising we had sham elections. Honestly what happened in Uganda was not elections but something indescribable. If the international community tolerares this then African dictators will normalise killings, and gross human rights violations,” adds another.