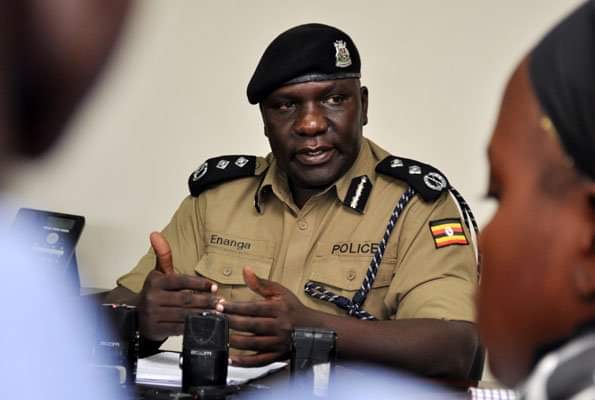 Police spokesperson Fred Enanga says they are closely monitoring the National Unity Platform party president Kyagulanyi Ssentamu Robert aka Bobi Wine and his supporters whom they claim ploy to have an insurrection against the elected government of the incumbent president Yoweri Museveni.

Speaking to the media in a security briefing where he was rebutting to the comments of the NUP leader, Bobi Wine who earlier in the week withdrew his election petition case from the supreme court, Enanga said they have already retrieved information from their investigators who have credible evidence that the NUP plans to mobilize for defiance.

“There is nothing in the Constitution called the public court but this is a rhetoric that is used by politicians who claim that power belongs to them. So they tell them that they are a court. If they try to do anything, we are ready for them” Fred Enanga says.

His assertions come just moments after the commissioner general of government prisons, Dr. Johnson Byabashaija also warned NUP supporters to desist from leading an insurrection or else they will end up ploughing for him at his vast maize plantations.