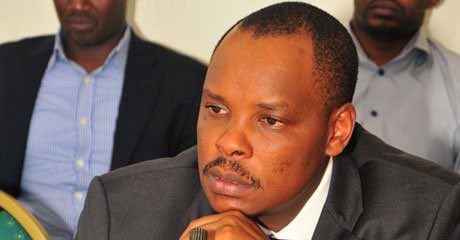 Emerging sad news that have enveloped social media indicate that renowned jailed top city Lawyer Bob Kasango has this Saturday evening died of a cardiac  arrest in Luzira prison where he was incarcerated for numerous charges.

Lawyer Bob Kasango who has been serving his sentence in Luzira is dead.

Our sources have established that the flamboyant lawyer died of a heart failure this evening in Luzira Prison.

He was jailed for various crimes committed during his legal practice.

Robert Aldridge Kasango has been described as one of the best lawyers ever, he was also an intellectual, a great poet, journalist, sports analyst, humanist and a very kind and generous soul.

On average, at least 5 inmates die in Luzira prison due to poor facilities. Majority go unreported because they are not prominent in their communities which makes it easier for the regime to conceal such reports.