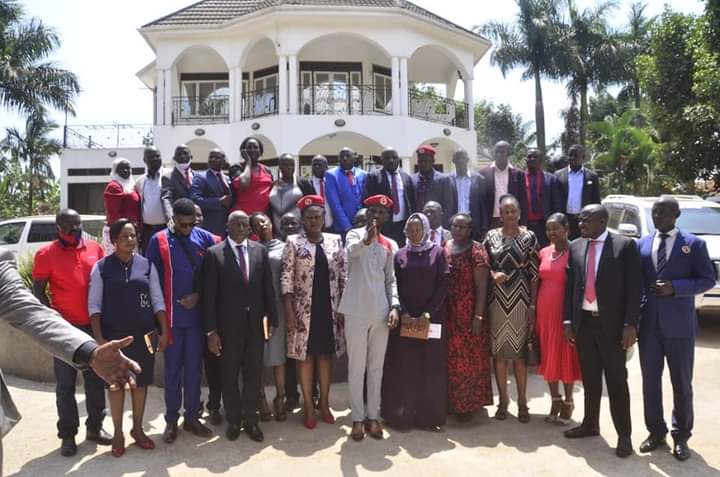 The event was held at his residence  in Magere, Wakiso district where he had an engagement with the NUP leaders at local government and parliamentary level.

Jinja woman MP elect Mary Kyebatiika reported to Bobi Wine that one of the NUP party candidates won the polls but his victory was overturned by the Electoral Commission. “Some people are shameless and they don’t mind about the will of the people,” Maria remarked. “Your Excellency, just like they altered your votes, the NRM machinery did the same with other leaders in the local council polls,” she added.

Busoga region for the first time overwhelmingly voted for the opposition candidate at presidential level, something that left incumbent Museveni, formerly a darling of the region in total shock.

This morning we hosted a meeting of the NUP Members of Parliament. We discussed a variety of issues of great national importance. Most importantly, we agreed that above everything else, we must determine to focus on Uganda’s liberation struggle. I am very delighted to see that all our leaders at different levels are committed to working for A NEW UGANDA.