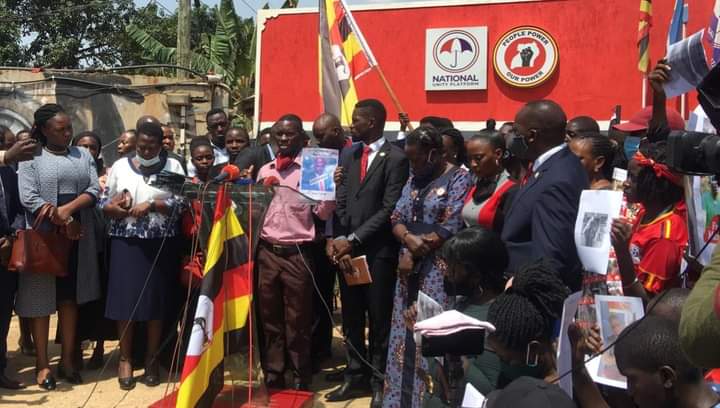 Dozens of coordinators of the National Unity Platform party in Eastern Uganda are fleeing to neighbouring Kenya citing witch hunt from Ugandan security forces. Districts where the fleeing is rampant include Busia and Tororo.

Relatives of the fleeing NUP coordinators say their homes are being targeted by security operatives who come in the dead of the night to institute arbitrary arrests. “They came and knocked on our door. We declined to open and they used force to break in,” Apio Jane, a wife to one of the Busia NUP coordinators says. “My husband fled from the emergency exit and has since never returned home. He told me he had fled to neighbouring Kenya till the political tension deescalates,” she adds.

It is reported that security agencies have a list of coordinators of NUP in the district. Those targeted are the people who involved in protecting former presidential candidate Hon. Kyagulanyi’s votes as polling agents.

Speaking to media on Sunday during an exclusive interview with NTV, Busia NUP coordinator Geofrey Were Mbulu admitted that most of his colleagues were fleeing to Kenya to evade abductions and arbitrary arrests. “Yes, I can confirm that several of our colleagues have left the country,” he revealed. “Their lives are at stake since the elections ended. They have been receiving threats on their phones tasking them to surrender or be arrested,” he revealed further.

Reached for a comment on this, the Busia RDC dispelled the reports and said he was unaware of such an operation targeting NUP supporters. “My office is not aware of such incidents. Why should we target NUP supporters? We don’t have a reason to,” he revealed.