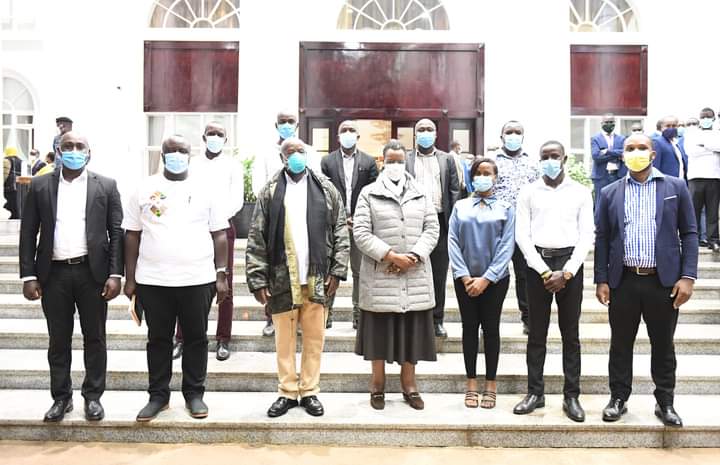 President Yoweri Tibuhaburwa Museveni has revealed that government is not yet to open the Facebook social media application in Uganda till a few issues are ironed out with the US based tech giant.

Museveni made these remarks during a State House closed door meeting with NRM youth groups which mobilized for him during the 2021 polls.

According to Museveni, the US tech giant was in a conspiracy with the opposition National Unity Platform party president Kyagulanyi Ssentamu Robert aka Bobi Wine. “They had plans to spread false news and destabilise our country,” Museveni said in reference to why the Facebook ban still prevails. “You see these whites are very foolish people. They think they can decide for us on how to govern ourselves,” he added.

He further says that government is not considering reopening Facebook till the blocked accounts of his supporters are restored. Museveni who last made a Facebook post on January 11 is apparently on a boycott against the social media giant which he accuses of harbouring bias on his government. “Where is the freedom of speech they talk about when they are blocking our supporters from communicating?,” Museveni asks.

Moments after suspending pages and accounts belonging to NRM loyalists, Facebook explained that it took the decision after noticing a manipulation of public opinion by the implicated persons. The tech giant says some people in thw NRM regime were misusing Facebook to manipulate public opinion. It was learnt that most Ugandan government officials actually operated ghost accounts for that very purpose of spreading false news to change public opinion.