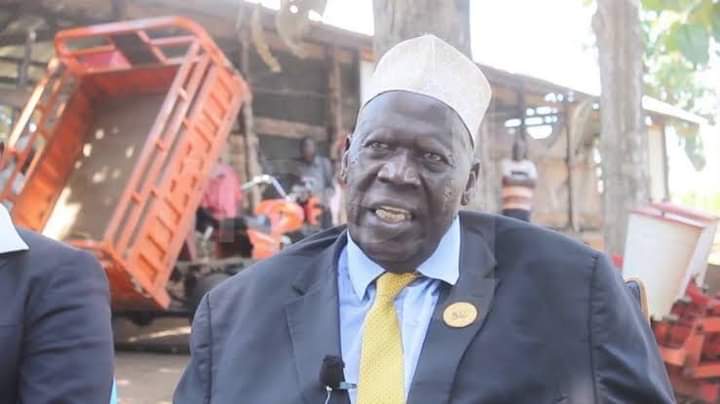 The first Deputy Prime Minister who is also the MP for East Moyo county in Adjumani District was commenting on the just concluded general elections. According to Gen Ali, the elections went on well and Ugandans voted for their favourite Candidate to run this country.

Moses Ali says that Kyagulanyi was number two which is not a bad position for a first timer in the Presidential race.

“This young man Kyagulanyi did fairly well. Being a first timer, the 2nd position is good enough. Let him try his luck again in 2026.” Gen Ali said

Moses Ali however advised Kyagulanyi not to think of using forceful means to take power because he won’t succeed. He added that the NRM government has been defeating so many people who thought they can take power by force and therefore Kyagulanyi should not be tempted to think that he can overwhelm the state.

Moses Ali also said that Ugandans voted for NRM which is a sign that it has done a good job in developing the country.

“Ugandans renewed our mandate to lead this country to prosperity because we had done extremely well. We are yet to even do more.” Moses Ali added

Gen Moses Ali is among the few lucky Ugandans who have served in 3 different governments in big positions. At 81, he says he still has the energy and knowledge to serve the people of Uganda.