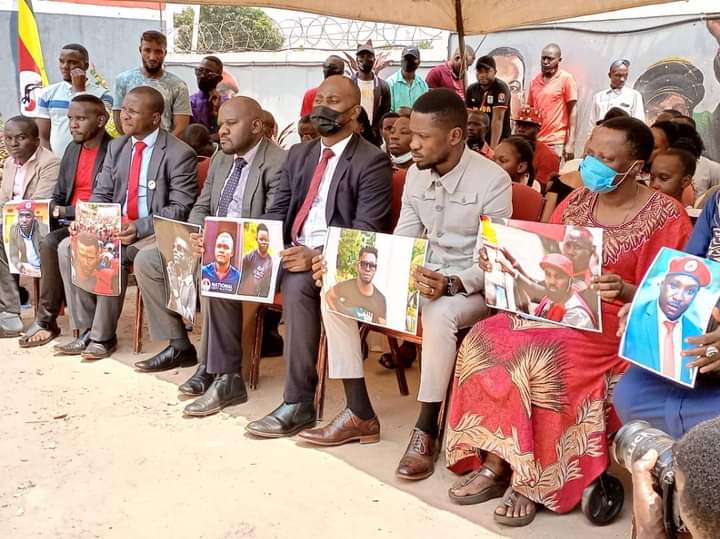 The National Unity Platform party Member of Parliament elect for Makindye Ssabagabo, Hon. David Sserukenya has this Tuesday morning stormed the streets protesting the delayed release of Nubian Li, and others who have spent over 61 days in Kitalya prison.

According to Sserukenya, now is the right time to release all the political prisoners who were arrested and charged with trumped cases. In the video posted on his Facebook page, Hon. Sserukenya sits in the middle of the road notwithstanding the fact that vehicles may even knock him down. He shouts at his peak rallying Ugandans to join the call for the freedom of the jailed NUP supporters who were arrested in Kalangala in December last year.

Below is the video;