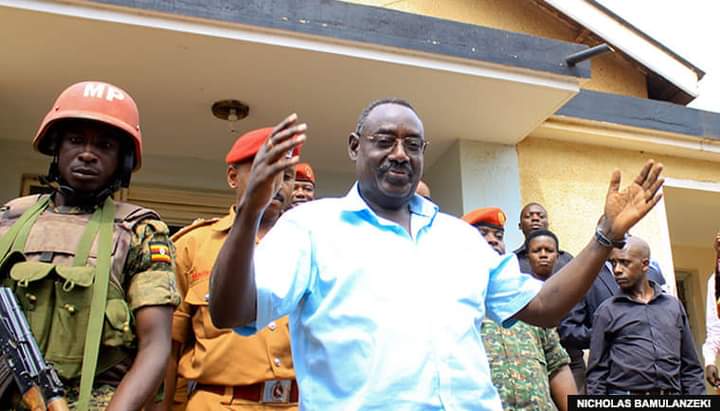 “There will be no peaceful transition as long as Museveni is still in power.” Gen. DAVID sejusa says in response to the prevailing political crisis.

The former cordinator of Military Intelligence Gen Sejusa has come out to say that there is no way Uganda can have a peaceful transition of power from one president to another as long as the NRA is still in charge of the affairs of the state.

Sejusa says that the day the constitution was betrayed in 2005 when the term limits were removed was the beggining of the NRM refusal to leave power peacefully. Sejusa adds that the Honourable members who were bribed to vote in favour of it brought all this chaos and confusion.

According to Sejusa, those who go into the Presidential elections organised by the NRM led state should not expect a leveled ground and therefore should not expect the electoral Commission to announce some one else besides Museveni.

“An election should never be a means to take power as long as Museveni is still in charge. Your only chance to free yourselves is to stand firm and get rid of the regime.” Sejusa says

Gen Sejusa fell out with his former Bush war commander Gen Tibuhaburwa for promoting the Muhoozi project where president Museveni is allegedly preparing his son to take over from him when he decides to retire.