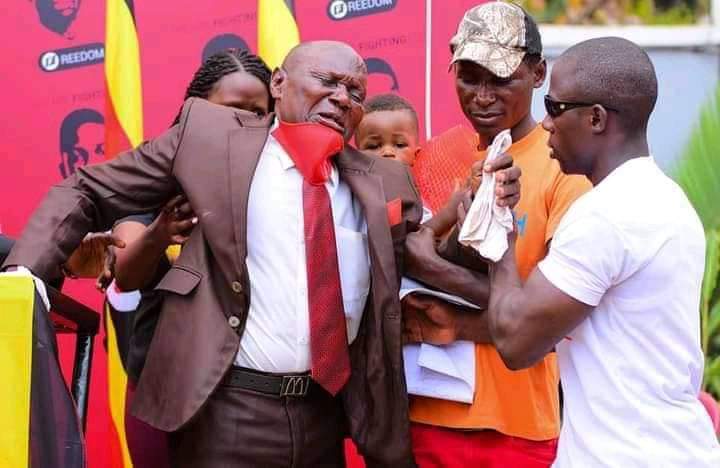 President Yoweri Tibuhaburwa Museveni is reportedly in great comfort as Ugandans cry out for their relatives abducted by security forces during the ongoing political crisis.

According to sources, the president instructed security forces to even defy court and parliament orders directing the publication of the lists of the missing persons which is why the UPDF and police have todate shied away from revealing the number of people in their custody.

The army claims it is against security protocol to make the lists public while police on the other hand claims it will need affirmation from the Internal Affairs Ministry if such lists are to be shared with media.

However, there are reports that president Museveni is just reluctant and fearful of having such people resettled back to the public before he takes oath in May. Reports from the Internal Security Organization operatives pinned the abducted victims to have allegedly mobilised the November 2020 clashes when Hon. Kyagulanyi was restrained from campaigning in Luuka. A source in the security circles told this reporter that Museveni can only free the abducted people if Bobi Wine and NUP recognise his presidency. “For as long as Bobi Wine and NUP decline to recognise him as head of state, then chances are minimal that Nubian, Eddie Mutwe and the rest will be freed soon,” the security aide who declined to be put on record in fear of reprisals intimates. “In security, we don’t take chances. The president knows that the abducted persons can mobilize their communities once they are released. So it’s better we keep them in custody till he swears in,” the source adds.