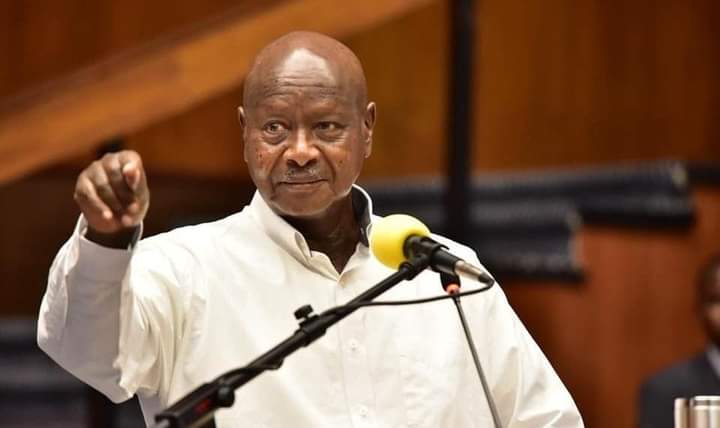 The United States Department of State has again received a letter tasking the Biden administration to take action on the Ugandan military government following a ‘bloody’ poll concluded on January.

Authored on Thursday February 4, and signed off by Cory. A. Booker and James. E. Risch, the letter raises a span of atrocities committed by the Ugandan armed forces during the January general elections. The two task the Biden administration to stop turning a blind eye to the Ugandan government led by president Yoweri Museveni, a bush war veteran who came to power in 1986.

“Uganda’s critical role in these areas (AMISOM and AIDs fight) is undeniably true, but this should not grant president Museveni, his government and party which are virtually synonymous a free pass to commit human rights abuses at home,” reads part of the document addressed to the US department of state.

It should be noted that president Yoweri Museveni has maintained a favourable position in the allies of the United States which is why they have never meddled in the internal affairs of Uganda. However, the rise of a younger challenger known as Kyagulanyi Ssentamu Robert aka Bobi Wine has pulled global media attention to the politics of the landlocked East African nation which is why unprecedented sanctions are arising.

Below is the full letter; 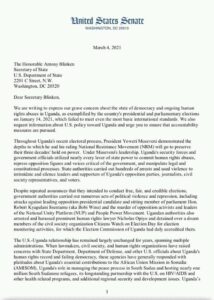 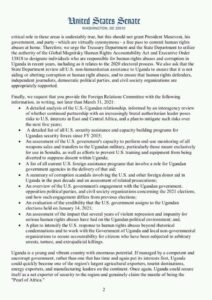 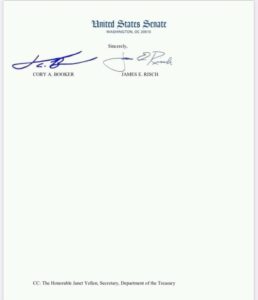