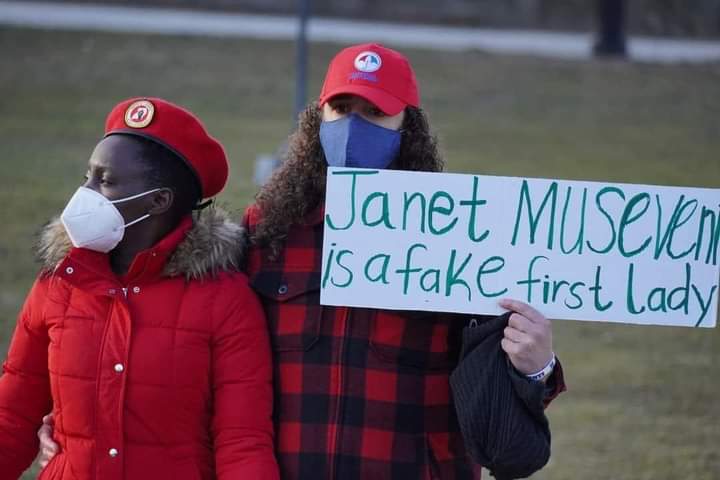 Ugandans in the diaspora have spent their most of the weekend organising marches and peaceful demonstrations at their consuls and embassies where they are calling for the immediate resignation of president Yoweri Museveni whom they accuse of leading a repressive campaign against citizens.

Armed with placards inscribed with wordings decrying the repression, abductions, and arbitrary killings which have characterised the Ugandan politics, the diaspora community seeks intervention from the United Nations to rein in and tame the Ugandan authoritarian regime.

“Our people are being killed on a daily. We want the UN to do something,” one of the protesters told AFP News agency. “This is the time to rescue Ugandans from dictatorship. Museveni did not win the polls,” another protester said.

President Museveni has led the East African nation since 1986 when he led a guerrilla war that left over 500,000 civilians dead. Museveni who formerly postured as a statesman has since derailed from the principles of democracy he crusaded for. He faces still challenge from a young challenger, Kyagulanyi Ssentamu Robert aka Bobi Wine, a popstar who joined politica barely 3 years back. Bobi Wine who was declared the 2nd with 35% of the total vote contests the outcome of the results from a poll that was largely mired with irregularities and gross rights violations. His supporters are apparently being abducted by state agencies and armed forces which bundld them in dungeons where they are tortured.