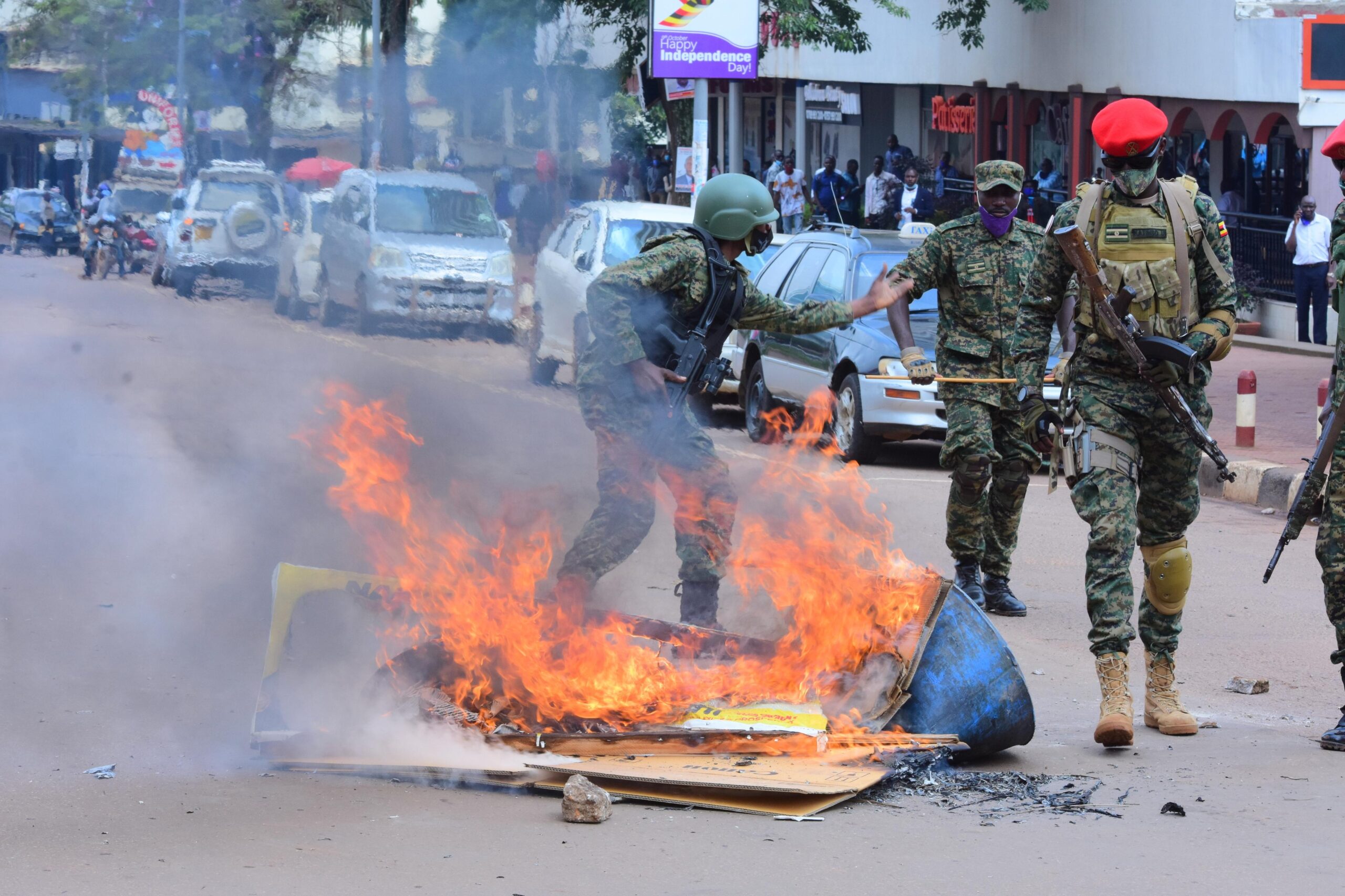 NRM man whose car knocked and killed people during protests seeks compensation, our reporter has confirmed.

On the first day of the deadly November protests, a video of a man speeding away from a riotus mob in the downtown Kampala enveloped social media platforms. The man drove at a terrific speed and rammed into a crowd killing at least 2 on the spot, and one, a 53 year old bar attendant in Nansana later died at Mulago hospital.

Our reporter has since embarked on following up on the owner of the vehicle whom we learnt was that very day rescued by the police at Old Taxi park post and driven to Rubaga hospital for medication. His vehicle too was retrieved and towed to safety at CPS Kampala as mobs charged to set it alight in vengeance of the people who had died in the pandemonium.

The owner of the vehicle in a last week exclusive interview with a city radio declined to reveal his identity but gave his account of what happened on that fateful day. The young man says he was in the downtown Kampala metropolitan area at the time the protests surfaced. “I had parked my vehicle amd conversed with my colleagues as rumours of protests were intensifying,” he says. “I saw people fleeing the city and upon inquest they told me how the president had been arrested and detained,” he adds.

He further says that he was puzzled because he could not imagine his president (Museveni) being arrested by his own army. “I asked to ascertain which president exactly they meant and that’s when they told me Bobi Wine,” he intimates. “That is when one young teenager emerged with a stone and shattered my windscreen. I charged at him and tried to chase him till another crowd emerged with stones to totally destroy my vehicle which had Museveni’s posters. In the process of fleeing, I knocked down 3 people and 2 died on the spot,” he adds.

This man now says he seeks money from the ruling NRM party to help him renovate or purchase another vehicle. “I want NRM to pay for my destroyed vehicle. It is not my fault that I support the party,” he says. “I am struggling with debts and my life is still at stake. I want president Museveni to pay for all the damages I faced,” he adds.