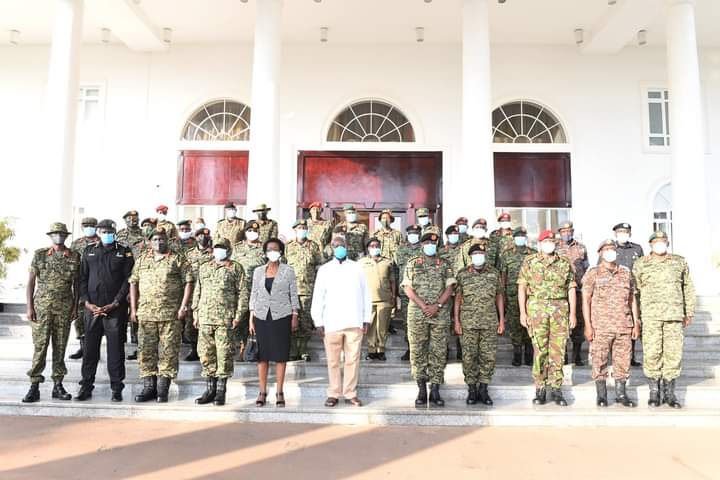 He however adds that although ‘it’s okay for the public to criticize the UPDF and Police’ for their brutal misconduct and use of excessive force, he thinks the criticism should be honest and balanced. Museveni says that there are very many things that Bobi Wine does and he walks away with it just because he is ‘immune from criticism’.

Museveni made his assessment on Sunday while presiding over a high profile security meeting at State House Entebbe. He says that the youths were during the political period incited and initiated into sectarian and divisive politics by the opposition.

“Particularly, in some parts of Buganda, on the radios and social-media, vicious sectarian campaigns, were launched, trying to divide the people of Uganda.  Young people were being trained in insurrection tactics,” he says.

Museveni says that “the disappearances” are a consequence of the essentially, treasonable acts of elements of the opposition like Hon. Kyagulanyi whom he accuses of being ‘an agent’ of Europeans and LGBTQ community.

According to Mr. Museveni, while it is correct to be concerned when there are arrests and when people are not brought to court quickly, it is ‘tendentious, dishonest and malicious to compare these mistakes to Amin’s time.’ He says the NRA has at least maintained peace and order in the country unlike in the Idi Amin era.