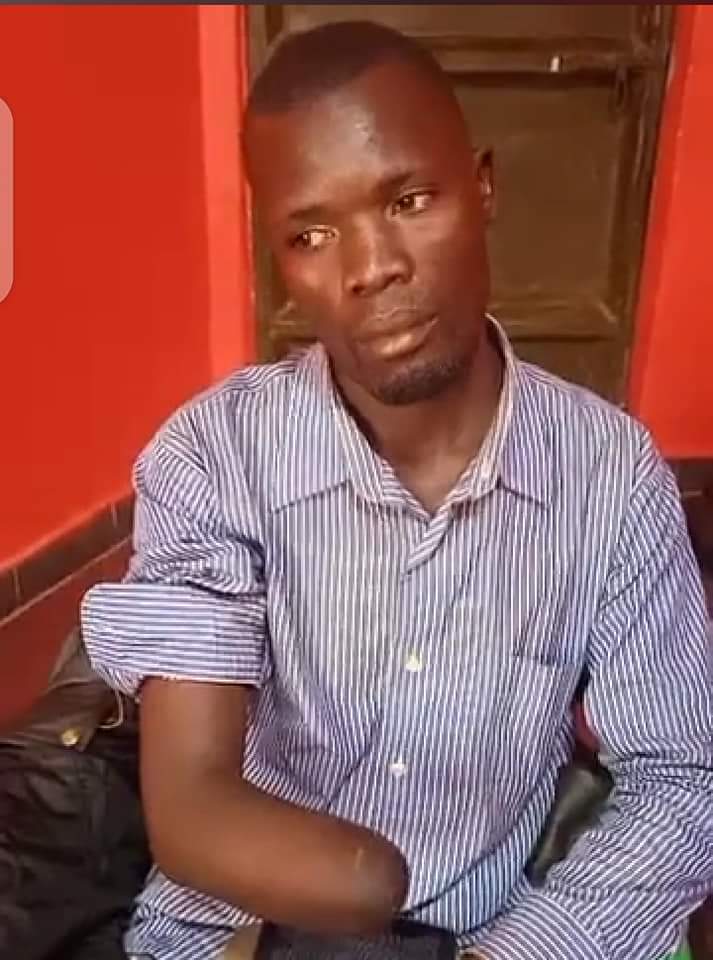 Richard Katamba was not a disabled person until late last year when a tear gas canister which was fired by Uganda police shattered his right arm during the arrest of Hon Kyagulanyi Bobi Wine immediately after he had been fully nominated as a Presidential Candidate.

Mr Katamba says he is in great pain and on top of that he was chased out of the house by the land lord for failing to raise the rent fees.

“I am now like a street beggar. I was chased from the house because i could nolonger afford the rent. My children are suffering. I was an upright man who could do alot of work to make my family stand. I need help.”

Katamba who is a NUP supporter says he is asking for support from well wishers so that he can start up a small business like selling of food items in a market. He also asks well wishers to solicit some for him so that he can go for further medication saying that ever since his arm was amputated, he feels alot of pain inside believing that there could be purse which can make the remaining part of the the arm to rot.

Kawempe North MP elect Hon Ssegirinya has initiated the campaign to fundraise for Mr Richard. You can reach out to Hon Ssegirinya if you want to give a hand on
0704336402 and 0774138650