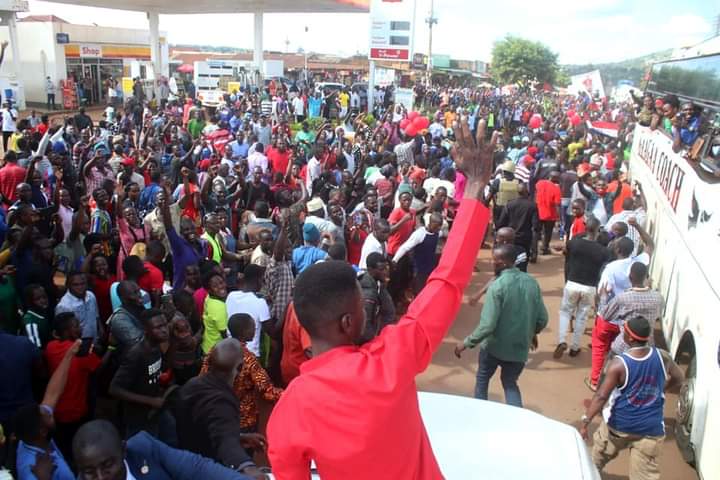 The National Unity Platform party presidential candidate Kyagulanyi Ssentamu Robert aka Bobi Wine has today summoned an emergency interface with his newly elected MPs. In the engagement which was held at the headquarters in Kamwokya, Hon. Kyagulanyi revealed that he has overwhelming evidence that he won the 2021 general elections.

Kyagulanyi who just withdrew his election petition case from court citing bias by the Chief justice Alfonse Owiny Dollo announced that he was to present his affidavits to what he termed as the ‘public court’ which was to give the final verdict.

Armed with chunks of files affidavits, Hon. Kyagulanyi explained to the public what exactly ensued in one of Uganda’s deadliest general election ever. He cited scenarios of police and military repression on the people who were supporting his presidential bid. Kyagulanyi says ‘100 citizens paid a price with their own lives’ for openly showing allegiance to him.

He further broke the silence that from their gathered Declaration forms as NUP, they managed to tally 54.19% as the total votes cast in favour of Hon. Kyagulanyi Ssentamu Robert aka Bobi Wine. Kyagulanyi insisted that he won the general elections despite the fact that he has withdrawn his case from court.

By the time of filing this report, police and military choppers were already hoovering at close range just above the headquarters of the NUP party in Kamwokya. We will share the full presidential speech soon as it’s unleashed for publication.