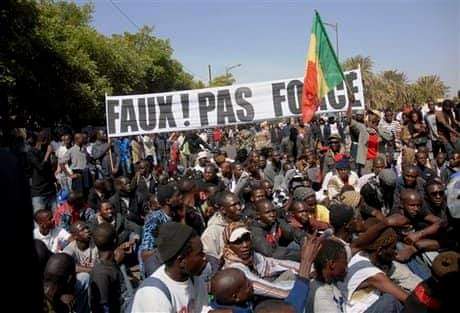 The prominent Senegalese opposition figure equal to Uganda’s Bobi Wine has finally been released on bail pending a rape trial in a case that had ignited countrywide mass outrage at President Macky Sall ’s government and led to the worst unrest in a decade.

Ousmane Sonko, a charismatic 46-year-old opposition leader and MP who finished third in the 2019 presidential election, was arrested last Wednesday after an employee of a beauty salon accused him of raping her. He denies the allegation and his supporters believe it is the latest in a line of moves orchestrated to prevent popular figures such as Sonko from challenging Sall’s government in elections.

Thousands of largely young people have taken to the streets in the past week, leaving at least eight dead in clashes between protesters and police and bringing parts of the capital, Dakar, to a halt. Many observers say protesters are venting wider frustrations about unemployment, inequality and corruption in one of west Africa’s most stable democracies.

Senegalese MPs are controversially granted immunity from arrest, fuelling accusations that Sonko’s detention was politically motivated. Two other prominent rivals of Sall were previously targeted by criminal charges that prevented them from running for president in 2019.

Sonko rose to prominence in 2015 after releasing documents he said exposed political corruption in Sall’s ruling Alliance for the Republic party and criticising Senegal’s economic reliance and relationship with former colonial power France.

Military tanks patrolled Dakar’s streets on today Tuesday morning in a show of force. Outside court groups of Sonko supporters cheered the judgment as a “partial victory”. Despite his release, protests called by his Movement to Defend Democracy party (M2D) are expected to continue.