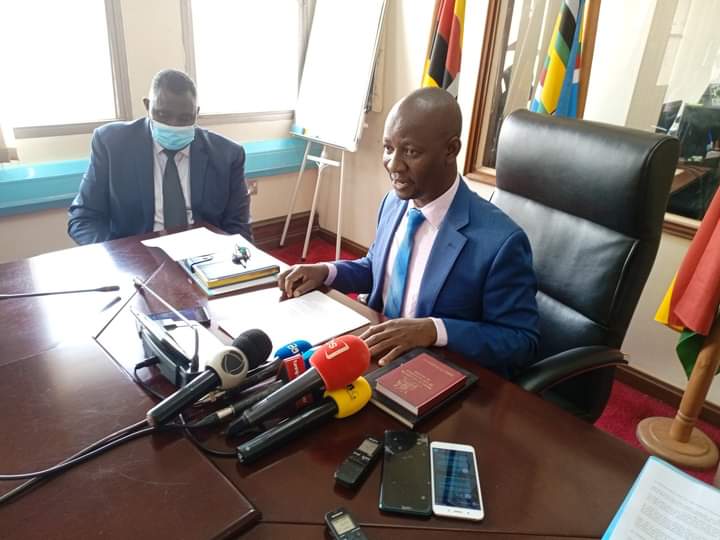 With all media platforms preliminarily putting their lens on 2 NRM contenders, the outspoken Kira Municipality MP and Opposition Chief Whip, Hon. Ibrahim Ssemujju Nganda has formally announced his bid for Speakership in the 11th Parliament.

Addressing a press conference at parliament this morning, Nganda broke the silence on his next political move declaring that now is the time for the opposition to take over the speaker slot which has been in the grip of the ruling NRM party since the revival of multiparty politics in 2005.

Nganda joins the incumbent Rebecca Kadaga who has served for a couple of terms, along side her Deputy Jacob Oulanya who intends to elevate himself to the top legislative seat.

The Forum for Democratic Change party for which Hon. Ssemujju speaks has at least 32 Members of parliament in the eleventh parliament while the newly formed National Unity Platform party has about 61 legislators. The ruling NRM seems to be advantaged by its numerical strength but the prevailing division between the MPs in support for Kadaga and Oulanya may be favourable to Hon. Ssemujju. Our reporter will soon publish the opinion polls of the speakership bid to show who is in the lead and why.