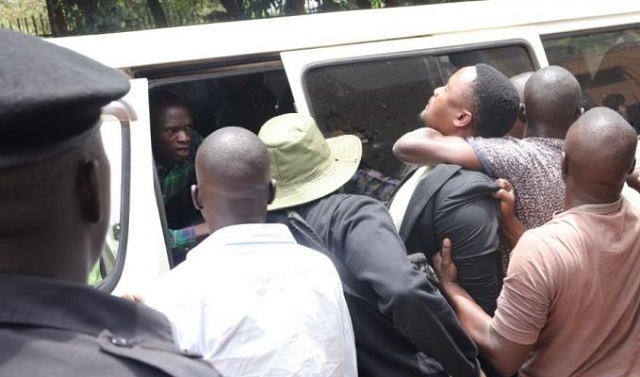 Emerging reports indicate that the Lord Councillor elect for Rubaga North, Hon. Mubiru James has been brutally picked up by plain clothed security operatives who bundled him into a van and sped off.

The incident occurred in Kasubi market, where Mubiru had gone to conduct his routine duties. Eye witnesses say the security goons even threatened to open fire at whoever would try to block their operation.

“They had guns and even aimed at us,” a Boda Boda rider opposite Kobil petrol station says. “We could not do anything because we feared to be harmed or killed,” he adds.

Our efforts to establish where Mubiru is being kept have not yet yielded though some unverified reports indicate he has been incarcerated at Old Kampala police station. This is not the first time Mubiru is being arrested. Just a few weeks back, he has been in Mbale prisons where he was arrested as he attended Hon. Kyagulanyi Ssentamu Robert aka Bobi Wine campaign trail. Mubiru in fact won his seat in absentia as he was suffering in the dungeons.

The story is still developing. More details will follow shortly.