Mirundi speaks out on injured son 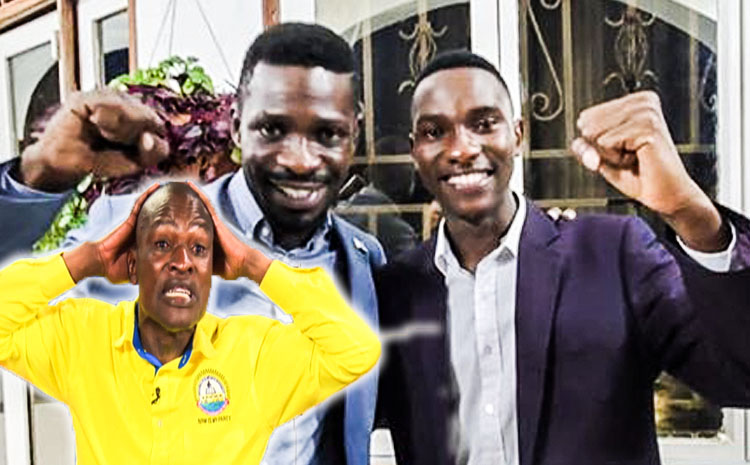 Motormouthed renowned media consultant and former senior presidential press secretary Joseph Tamale Mirundi has threatened to end the lives of the soldiers who injured his son. Mirundi argues that his son was clobbered because of his outspokenness and allegiance to the People Power movement headed by Hon. Kyagulanyi Ssentamu Robert aka Bobi Wine.

An infuriated Mirundi who spoke on the airwaves of Pearl FM radio this Saturday morning reveals that he has already identified the errant soldiers who battered his son.

“I have indentified the idiot. He is called Kandaho and I will make sure that he pays for what he did,” Mirundi fumed.

“The military soldier who hit my son with the gun butt will pay with his life. I am going to pursue justice from my gods in the village. I cannot go to your judiciary because there is no justice,” he added.

Mirundi insists that the errant military soldier is Kandaho.

“I have evidence that Kandaho directed this goon (Yiga) to hurt my son.”

“The guy who physically hurt my son is called Yiga from Mityana. He has a pot belly. When you see him, take a photo and share on social media. I want my son to die and I teach these goons a lesson. I cannot go to hospital to see him. I want him to die,” Mirundi says.

Mirundi adds that he is being targeted by security operatives because he opened up the eyes of the president (Museveni) who had been deceived that the NUP party and its leader, Bobi Wine had a plan B.

“These people lied to the president that there was plan B. I told him all these were lies meant to steal money from him,” Mirundi says.

“I spoke to Bobi Wine about the matter and told him to be patient because justice awaits,” he adds.