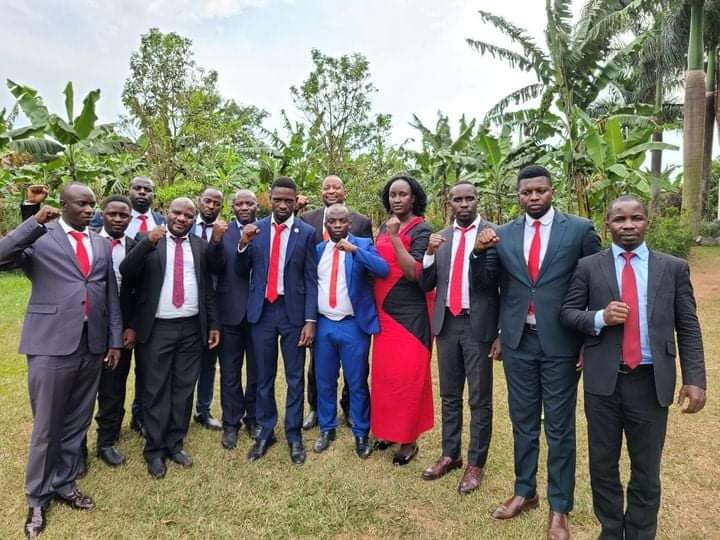 Moments after being dumped at his residence in Magere, Wakiso district, the NUP party leader took to his social media platforms to communicate to the public. In his message, Hon. Kyagulanyi Ssentamu Robert aka Bobi Wine commended the leaders in the party for their positive response towards the peaceful means of resistance.

SEE ALSO: Enanga: We have Bobi Wine in our custody

Apparently, Bobi is being confined at his residence which remains under heavy military watch. We have learnt that the barricades and military road blocks that had been withdrawn after a court order have been reinvigorated. No visits are allowed to his home and vehicles can hardly access his perimeter wall.

Today we held a peaceful protest in Kampala against the abduction, torture and murder of our people. Gen. Museveni must #BringBackOurPeople dead or alive. The right to protest is embedded within our Constitution! A Ugandan who participates in a peaceful demonstration commits no offence.

I am thankful to these leaders who joined me in this activity and continue to encourage all Ugandans and other leaders to exercise their God-given right and protest against election theft, murder and injustice! As usual, the cowardly regime arrested all of us from City Square and released us without charge. We shall stop at nothing until Ugandans have their rights and dignity back!
#WeAreRemovingADictator