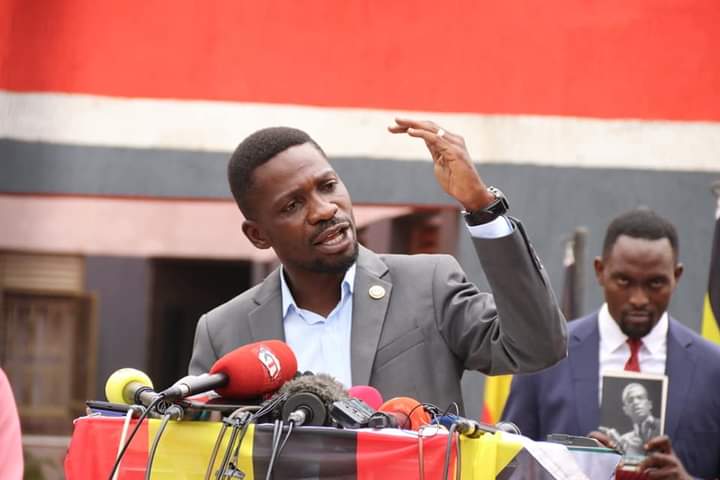 He had led a peaceful protest against his stolen victory in the just concluded general elections where he says he garnered 54.19% of the total vote.

Kyagulanyi was picked from the streets as he led a delegation of newly elected MPs of the NUP party.

Our reporter has reliably learnt that Hon. Kyagulanyi is being driven to Jinja road seeminly an instigation that he may be taken to the infamous Nalufenya prison.

The story is still under development!