Enanga: We have Bobi Wine in our custody 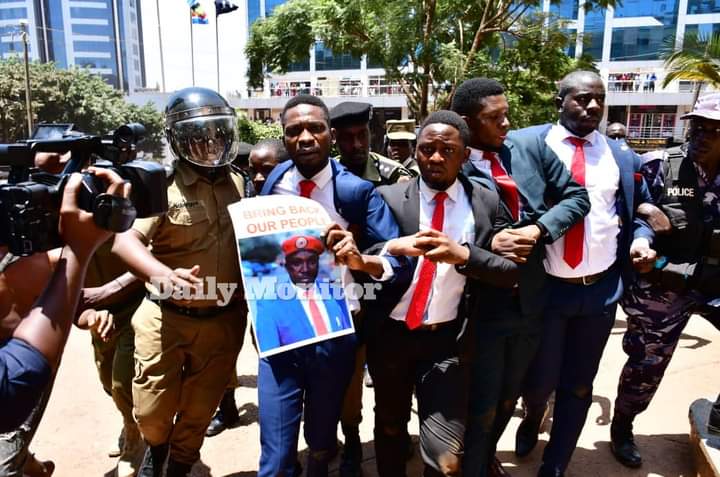 Bobi Wine who led a peaceful procession in the downtown Kampala central business district was calling for the unconditional release of the abducted victims of state repression.

Enanga says the musician turned politician is to be charged with violating the unpopular laws of the public order management act contrary to what court ruled on this very policy.

“It is true he has been arrested together with Joel Ssenyonyi for taking part in an unlawful procession.They were holding a procession in the central business district. They are recording statements to know the next course of action,” Enanga said.

The Deputy Inspector general of police Maj. Gen. Paul Lokech also spoke on the incident and issued a sterning caution at Ugandans who would want to take part in the protests.

“There is no government that can accept such impunity and lawlessness to flourish. If somebody thinks this is a failed state to play around with, you are wasting time,” he said.