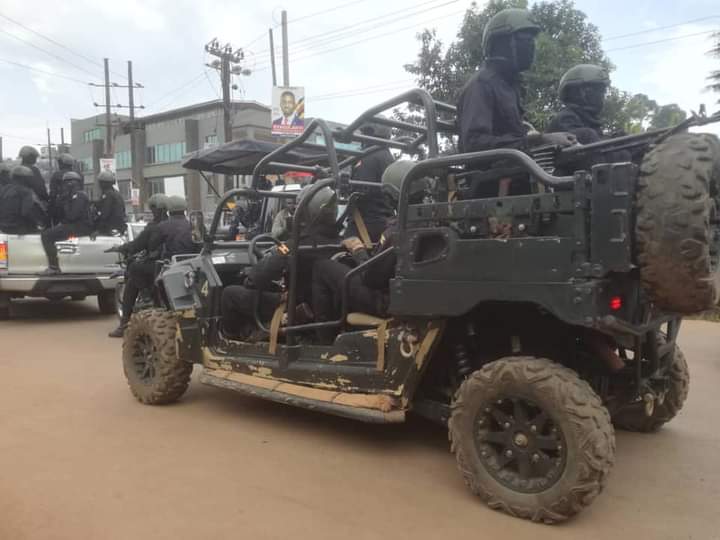 Today has been an eventful day for the former presidential candidate Kyagulanyi Ssentamu Robert aka Bobi Wine who faced off with security forces as they foiled his attempt to deliver their petition to the office of the Chief of Defence Forces Gen. David Muhoozi in Mbuya military barracks.

In their petition, NUP sought for audience with the CDF tasking him to unconditionally release all the party members who were arbitrarily arrested during the campaign season.

However, immediately after the press conference, Bobi Wine was dragged out of the vehicle of the parry Secretary general David Lewis Rubongoya, arrested at the gate of the NUP headquarters. He was afterwards bundled into a police patrol amid tight military security and driven for about an hour.

Reacting on the harrassment of Bobi Wine, Lewis says it was not even in their mindset for him to personally deliver the petition but rather a team of NUP members headed by the party spokesperson Joel Ssenyonyi and Dr. Lina Zedriga were to head to Mbuya.