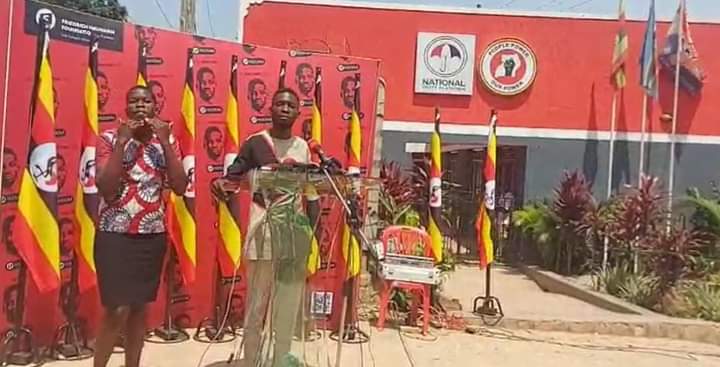 The National Unity Platform party president Kyagulanyi Ssentamu Robert aka Bobi Wine is not yet to relent on his quest to have all his supporters languishing in incarceration released unconditionally.

Just a day after leading a street protest in downtown Kampala, Bobi has today resurfaced with a press conference at the party headquarters in Kamwokya where he again persisted on pressing the repressive government to free all political prisoners being held in security custody.

At the presser, Bobi Wine revealed that they as NUP are to write to the Chief of Defence Forces, Gen. David Muhoozi demanding to release those in detention.

He insists that peaceful protests are constitutional and that Ugandans should not shy away from demanding for their freedom. “There are very many people who are being tortured, killed and abducted for associating with NUP,” Bobi says. “Ours will remain a non violent struggle even when we are pressed to the wall. We will continue to demand for the freedom of all our colleagues being held in safe houses and prisons of Mr. Museveni,” he added.